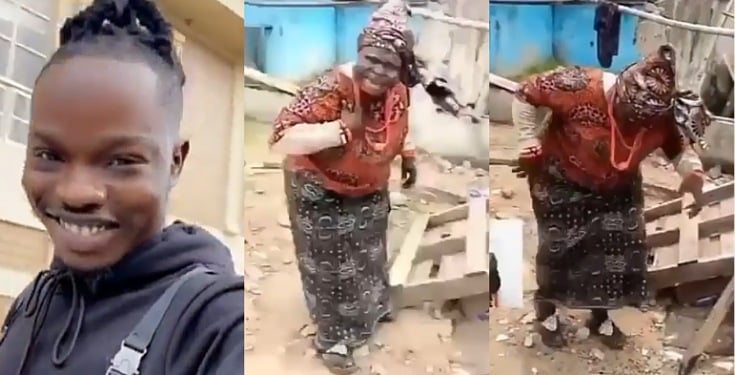 Elderly woman dancing to tesumole by Naira Marley
An elderly woman has won the hearts of many people with her dance move.
The woman has been spotted dancing happily to Tesumole by controversial singer Naira Marley.
In the video, the excited woman could be seen vibing to the song and confirming that she is familiar with the dance steps of the song. She also sang along with the lyrics of the song.
The video garnered a lot of comments from fans of the elderly woman who were obviously attracted by her amazing dancing skills and energy.
While one user called her amazing and praised her for dancing with so much energy and joy, another fan acknowledged that she surely has great moves.
Watch the video below: