How Air Force Airmen Assaulted Me, Pointed Gun At Me - Rivers Medical Doctor Tells Her Story


A medical doctor in Rivers state has told of how she was assaulted by officers of the Nigeria Air Force. 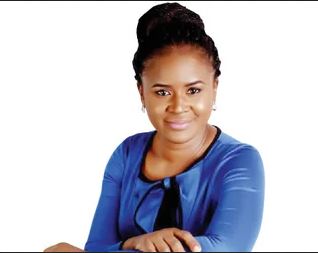 A medical doctor, Avwebo Ochuko Otoide, narrates to CHUKWUDI AKASIKE how traumatised she was after being allegedly molested by a group of officers of the Nigerian Air Force during the recent lockdown in Port Harcourt, Rivers State

Can you narrate your experience in the hands of officers of the Nigerian Air Force?

It happened on a Monday; I was in a private clinic around GRA, close to my house when I got a call from home that somebody had sprained an ankle and he was in pain. So, I went out of the clinic, stopped at a pharmacy, bought some drugs and started returning to the clinic. I was walking with my face mask on. I had my ID cards and the Federal Government pass – the one designed by the Attorney General of the Federation.

Moments later, I saw a Hilux (a brand of pick-up truck) coming. Its colour was light blue and there was a luxurious bus behind it. As they got close to me, the pick-up truck pulled up by my side and one of the armed officers pointed his gun at me with his finger on the trigger. He shouted: ‘Stop there!’ Then he jumped down and blocked me with the gun still pointed at me. I stopped and started looking at him. Then I said, ‘Sir, you don’t need to point a weapon at me, just ask me to identify myself.’ So he said, ‘Who are you?’ I told him I was a medical doctor.

So what did they do after you identified yourself?

Immediately I said that, he slapped me across the face. The only thing I heard after the slap was: ‘Are you the first medical doctor?’ I don’t really know what happened to me after the slap. But when I looked at him again, I said, ‘I told you I am a medical doctor and you slapped me.’ Then everybody in the vehicle and the luxurious bus came down. I was quickly surrounded by men in uniform; one of them was a female. They said I did not identify myself and I told them I did. I said I told him I was a medical doctor.

They asked why he would do that if I identified myself so I said they should ask him because he asked I was the first medical doctor after I identified myself. So it means he heard what I said. They said I was rude to the man who slapped me. I asked how many seconds was our conversation that would make me to be rude enough to deserve a slap. Most of them had no name tags on their uniforms showing their names so it was difficult to identify them. Those that had name tags on their uniforms moved away from me so that I would not be able to identify them.

While they were leaving, I brought out my phone to video them and when they noticed that, they came back, I put my phone in my armpit and they tried to get it from me. That was when they lifted me and put me in their vehicle and I told them they were manhandling me. The streets were empty because of the lockdown; so, nobody could help me to video what was happening.

Where did they take you to?

They got to Stadium Road and I started making calls. I called the Chief Medical Director, University of Port Harcourt Teaching Hospital. Then I called the Presient of the Nigerian Medical Association and some other persons. All the while, I didn’t even know they were with the Nigerian Air Force. Those I called initially thought they were kidnappers. They made all necessary calls and tried to identify where I was. My attackers kept telling me I was not humble and didn’t know how to beg. They eventually broke my phone. One of them told them not to struggle with me and that they should just drop me off at the isolation centre. It was at that point I saw the name tag of the man who was struggling to get my phone – Bass M.O. But I didn’t say anything.

What was your experience like at the isolation centre?

Another NAF officer came and started struggling to snatch my phone. He said I took a picture of him. The policemen at the COVID-19 isolation centre were shouting that I should sit on the floor and I told them I had no business there and that I was a medical doctor. I told a man who wore a kaftan that those men molested me and one of them slapped me across the face. I didn’t want them to get away with what they did. The police did not allow me to take photographs and no one wanted to listen to me.

But I saw Bass M.O. and told him I had his identification and that he would produce everybody involved. Inside the isolation centre, the policemen were telling their boss to give them the go-ahead to deal with me. One policeman then took me into a place told me that in police detention, I would not be allowed to have my phone. He said I must give them my phone.

Do you intend to seek legal redress if those who attacked you are not punished?

I don’t know if I want to get into a long judiciary process that will involve spending money. For me, the publicity that the media has given the issue is working because subsequently, if any security agency should stop anybody on the road, they will think twice before they resort to violence. Even if I do not achieve all my goals, I have achieved something significant. The truth is that I never thought a day would come when a policemen or any other security officer would slap me across the face. It could happen, but I never thought it could happen to me as a woman.

I am just 155 cm tall with a BMI (Body Mass Index) of 25.4. Please, how much of a threat could I be to a military man, even if he was unarmed? Would I be faster than a bullet? Why exactly did he slap me across the face? I am a medical doctor and at this point in time, the world is celebrating medical doctors. I had my IDs and a pass and that still happened to me. If I had not made phone calls, who knows where they would have taken me? So, if my goal is to take the person that did the slapping to prison, it will be such a narrow-minded goal. But my goal is that I don’t want it to happen to anybody else. Military officers should also be conscious of the fact that they are liable to the law.

But the military man who slapped me across the face thought I was a small person. If he knew that I would be able to make some trouble, I am not sure he would have done so. The lives of people who look like nobodies actually matter and they can bring you down.

How is the Nigerian Medical Association handling this matter?

The NMA has petitioned the Nigerian Air Force and they have promised to investigate the matter. Two days ago, I was called by an investigating officer who told me that they wanted to investigate the matter. This morning (Saturday), I got a disturbing call that I should start coming to NAF Base immediately and that they were setting up a panel of inquiry. They said it was starting already and that I should start coming. I said that was quite saddening. First, I didn’t write to you (NAF); it was the NMA that petitioned them. So, they should have told the NMA that such an inquiry would hold. The NMA executives would go and I would go with them. I would be very happy to go with them.

Again, is the panel of inquiry going to be made up of only the NAF officers? Is it not supposed to have persons who are not in the military or affiliated to the military? They said I must come today and I told them I would not feel comfortable walking into their barracks and be surrounded by people in uniform and bearing weapons.

Are you traumatized by the experience?

Let me tell you the truth; after the experience, I’m traumatised. I don’t know how I will feel in such an environment and they want me to be in a hall with all of them in uniform staring at me. Then I would be asked questions. So, I said this is not fair. I said if they want to record my account, they should come and do so where I am. But they said I should not be afraid and that nothing would happen to me. They said they would not victimise me. They have called me four times, pleading with me to come; and I told them four times that I didn’t think it was right and didn’t want to be there.

When the NAF officer pointed a gun at you with his finger on the trigger, were you afraid that you could be killed?

It was all shocking. I did not think he was going to shoot. But I was shocked; I felt ‘Why would he point the gun at me? What if he mistakenly shoots me?’ I didn’t think he intentionally wanted to shoot me. I knew that the intention was to intimidate me. He just wanted to make me very afraid. There is a feeling that comes when you are being attacked. There is a rush of adrenaline. Flight response was triggered in me immediately; I was annoyed and felt uncomfortable. But at the back of my mind, I didn’t think that I was going to die.

How old are you and which state are you from?

I am 36 years old and I am from Delta and Bayelsa states.

Apart from the petition and the setting up of a panel of inquiry, what else has happened?

I don’t even know my attackers. They have not shown them to me; I want them punished. I want the Nigerian Air Force to punish them appropriately, according to their law. I am not trying to go to court. NAF should do what is right and honorable because I know the majority of NAF officers are not like this. Once I see that happening, I am satisfied. If I don’t see that happening and they play politics with it, my association (NMA) will take its decision. It is an issue that affects doctors all over the country, not just me. Just last week, a doctor inside UPTH was also slapped across the face by a naval officer. We were still on that one when this happened.