A woman who shared a photo of her graduation was shamed by Twitter users after they questioned her choice of outfit. 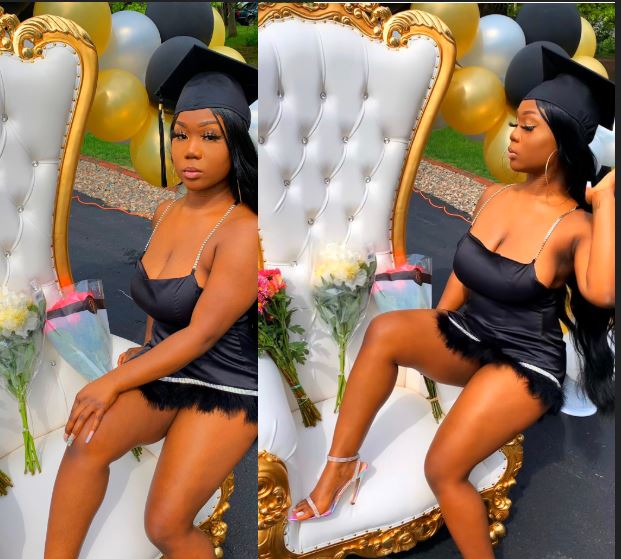 A woman's graduation photos have earned her criticisms from Twitter users.

The Twitter user who just graduated with a Bachelor's degree in Business Marketing shared photos and a video from her graduation ceremony.

However, Twitter users were not impressed and they shamed her for her choice of graduation outfit.

The woman, who says she's from Liberia, was slammed for wearing a skimpy dress that exposed more than it covered.

However, some congratulated her and wished her the best.

Below Are A Few Reactions; 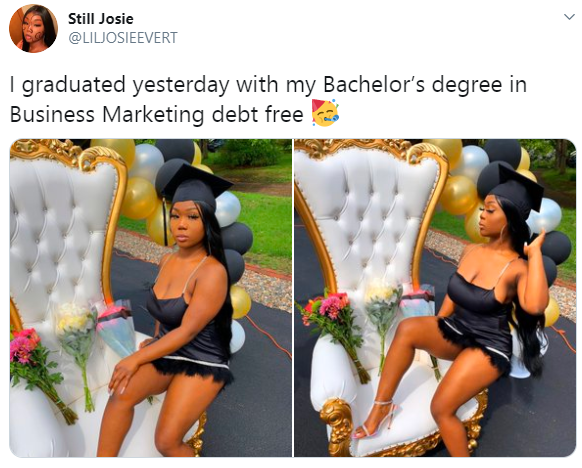 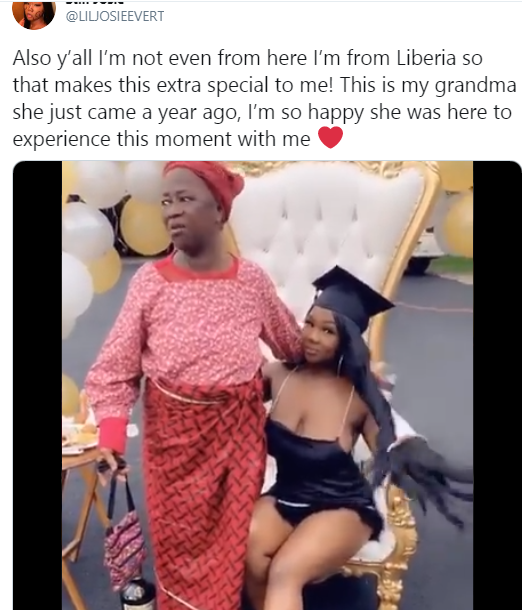 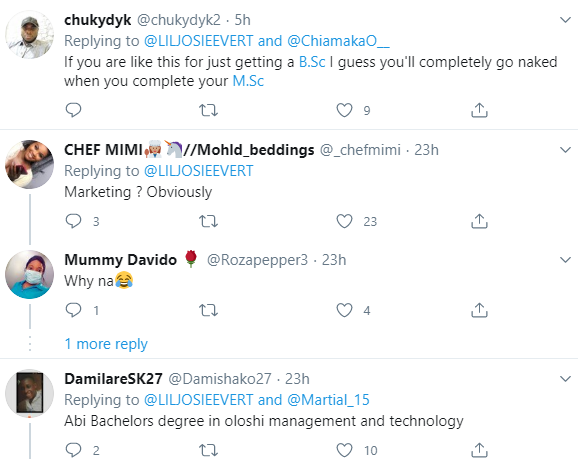 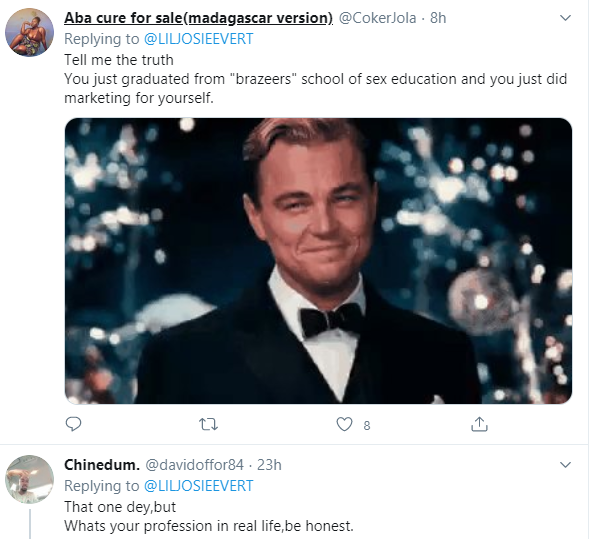 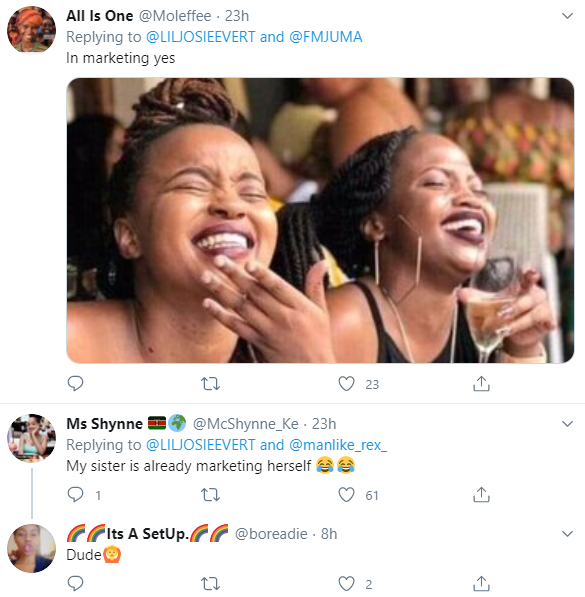