A man with shoe fetish has been apprehended after he stole 126 flip flops from his neighbours so he could kiss, cuddle and have s3x with them. 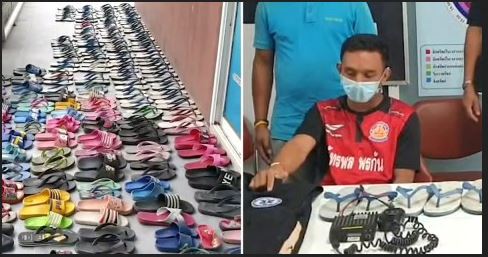 A Man known as Theerapat Klaiya, 24, claiming to have a fetish for shoes has been arrested by police in Thailand after his neighbors complained that their shoes had gotten missing.

Theerapat Klaiya, was found with 126 pairs of flip flops that he had stolen from locals in Nonthaburi, central Thailand, and when questioned he said he stole them to 'kiss, cuddle and have sex with them' police said. 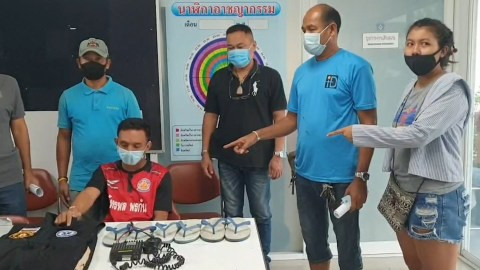 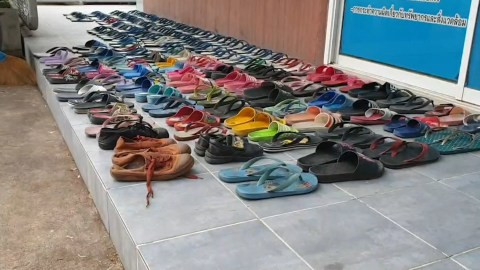 Officers found his sprawling collection of shoes and slippers after searching his house and when interrogated, he claimed he had been collecting slippers for more than two years.

According to Klaiya, he would wear them around his home as it turned him on.

He allegedly told officers that after wearing the flip-flops for hours, he cuddled and kissed them, stripping off and rubbing them on his body, before ‘having s3x with them’.

Police said his collection included dozens of different brands, sizes and colours of shoes, all of them well worn.

On Monday, the Nonthaburi police station in a press conference revealed his deeds to the media.

Major Colonel Ekkaphop Prasitwattanachai said to local media: ‘After we arrested the suspect, we also found out that he had already been arrested last year for stealing flip-flops in another district.

'He will soon be charged to court,' Major Colonel Ekkaphop Prasitwattanachai revealed.