Thousands of protesters have gathered in the US against police following the murder of black man, George Floyd 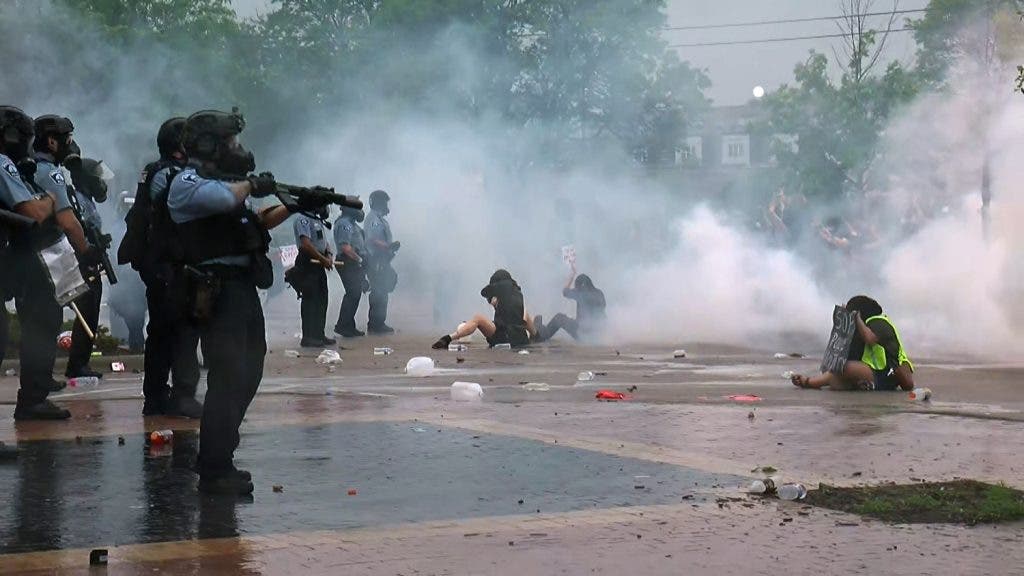 Protesters clash with police in US
Protesters on Wednesday clashed with police in Minneapolis following the death of George Floyd, who died after telling police “I can’t breathe” on Tuesday night.
Thousands of protesters were demanding justice for 46-year-old George Floyd, a black man who died after a white Minneapolis police officer knelt on his neck.
The protesters gathered at the intersection where Floyd was restrained in Minneapolis and marched to a city police precinct before clashing with officers late Tuesday.
The horrifying video went viral on social media earlier in the day and the police officer could be seen driving his knee into the Floyd’s neck as the man repeatedly says he can’t breathe.
The Minneapolis Star Tribune reported the protest began peacefully but escalated in tension as the demonstrates reached the building.
Some protesters damaged windows and a police squad car while others sprayed painted graffiti.
Officers in riot gear fired tear gas and projectiles at the crowd who threw back water bottles and rocks, the Star Tribune reported.
The crowd fled to nearby businesses, including a Target, where some protesters created a barricade with shopping cars. The Star Tribune reported that the store temporarily closed, and the protesters largely dispersed by 9 p.m.
Four officers involved have been fired, and Floyd’s family and their attorney, Ben Crump, are demanding their arrests.
Police are yet to identify the officers, but attorney Tom Kelly claims he was representing the officer seen with his knee on Floyd’s neck, Derek Chauvin.
Top Stories