A man has inflicted serious machete cuts on his twin brother during a fight over a woman in Imo state, the southern part of Nigeria. 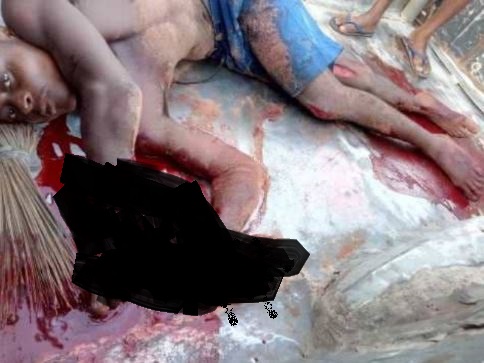 Man butchers his twin brother over a woman
A tragic incident in Umuonunkwo kindred, Ndimoko Arondizuogu in Ideato North LGA of Imo state has seen a twin, Peter butcher his brother Paul during a fight over a woman.
Information gathered revealed that the twins who don't behave like one, fight each other and do not always agree on issues.
It was reported that, trouble started on Monday when Paul attacked Peter’s girlfriend’s child, which didn’t leave the child with injury.
Peter however, who wasn’t at home when the incident happened went to fight after his girlfriend told him what transpired earlier. The fight degenerated to using cutlass which eventually left Paul in bad shape and struggling for life.
Their elder brother, Micheal Ogbonna while speaking, stated that their father died two years ago and they have tried severally to get them skilled vocationally to no avail, rather, they always abandon it and ferment trouble at home.
Further information gathered revealed that, the said girlfriend has five children from another man and the child in question wasn’t Peter’s.
Paul who was initially being treated at Home Resort Hospital at Ndianiche in Arondizuogu, has now been transferred to the Federal Medical Center, Owerri.
One of his hand was severed from the machete injury, while the other is in bad shape.
Top Stories