Nigerian musician Davido has been called a cheap clout chasing who lied about acquiring a new mansion in Banana Island. 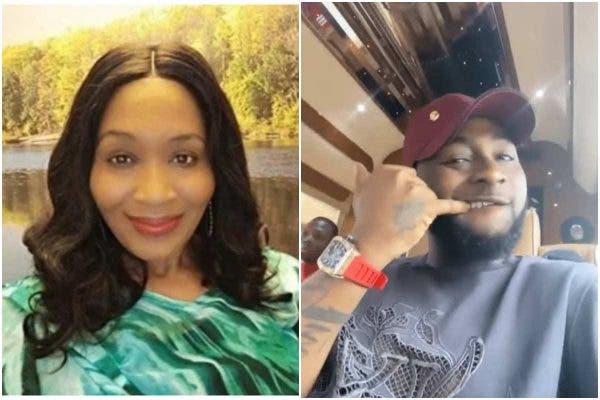 Kemi Olunloyo and Davido
Nigerian controversial journalist, Kemi Olunloyo has called musician, Davido a liar and clout chaser as she said Davido didn't buy any new mansion in Banana Island.
According to her, Davido is lying and is just a social media freak who loves attention.
Recall the popular Nigerian singer earlier announced that he acquired a new home in the choice are of Lagos and even took fans on a tour of the new home.
Kemi said the announcement by Davido that he acquired a new mansion in nothing but 'audio' as there is no proof of the mansion.
Her tweet reads:
“David Adeleke didn’t post the title of his Banana house. You told us you are buying a new private jet, it was your dad’s. Cooking show for Chioma, never launched, Porsche for Chioma never driven, Wike gave you money to groom artists, no artist. A sick audio clout lifeFace with rolling eyes..#Kemitalks”
She went on to challenge the singer to post his title and deed papers as proof he indeed purchased the house. She wrote:
“In property law, a title is a bundle of rights in a piece of property in which a party may own either a legal interest or equitable interest. It also refers to a formal document, such as a deed, that serves as evidence of ownership. Post your title and deed papers.”
This seems to be a part of an ongoing online war between Kemi Olunloyo and Davido. The singer though, is yet to respond to the recent allegation by the journalist.
Top Stories