A man who recently finished his mandatory National Youth Service Corps (NYSC) has presented his certificate to his late mother. 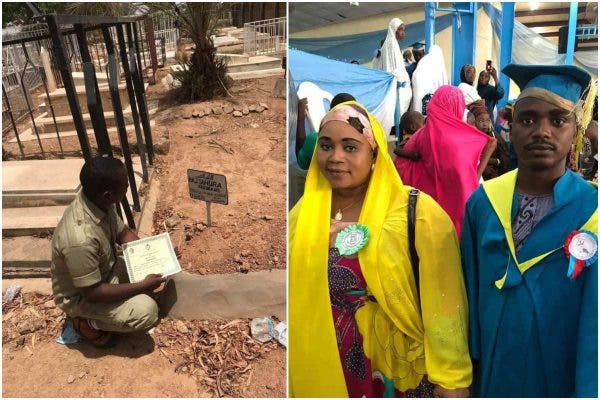 Isah shared the emotional photo on social media
A Nigerian man has touched many hearts with a photo of him presenting his NYSC certificate to his late mum at her grave.
The man identified as Isah Salisu Alhassan, a graduate of Kano State Polytechnic, and recently passed out from the one year mandatory National Youth Service Corps (NYSC), shared emotional photos of him presenting his discharge certificate to his late mum at her grave.
According to the young man, he lost his mom in January of this year, 5 months to his Passing Out Parade, POP.
While other corps members took their certificates home to their folks, Isah Salisu Alhassan took his to his mom’s grave.
In the pics (which has drawn touching reactions online), the young man who is dressed in the NYSC regalia, can be seen sitting beside his mother’s grave.
Sharing the picture of him taking his certificate to her grave, he wrote:
“Kano 19 B1 Corper
RIP Mother
In 2008 while she was chasing me to school she used to say go to school and study may be time you will succeed it’s only my bones in the grave and she died in January 2020 five month to finish my nysc.
While everyone take their certificate home and present it to his mom I took mine to the cemetry and presented it at my mother’s grave
Allah kajikan iyayen Mu.” 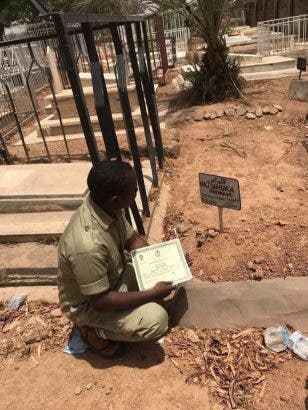