A man has provoked the ire of Facebook users after he revealed plans to r*pe his daughter in future. 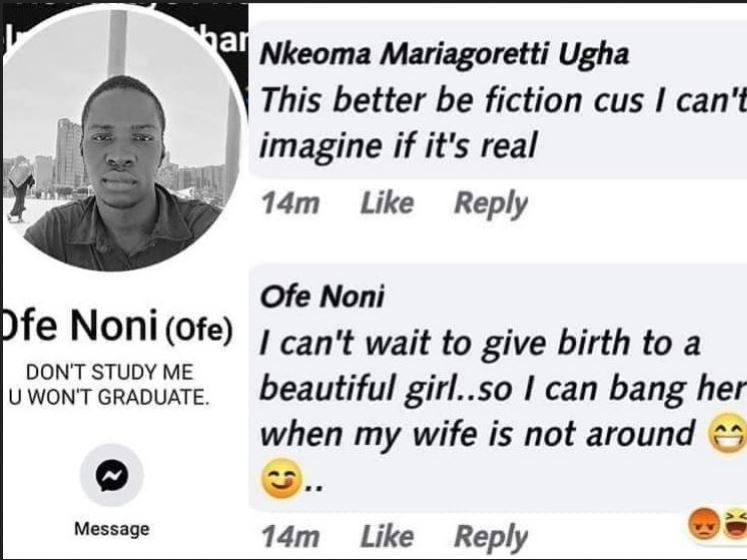 A Nigerian man is currently under fire on Facebook after he posted on the platform that he can’t wait to have his own baby girl so he could sleep with her while her mum is not around.

The man said this while reacting to a shocking post about a man abusing his own child. While people said the story was too horrible to be real, Facebook user, Ofe Noni, laughed about it and said he can’t wait to be able to have a daughter so he can abuse her sexually.

“I can’t wait to give birth to a beautiful girl… So I can bang her when my wife is not around.” 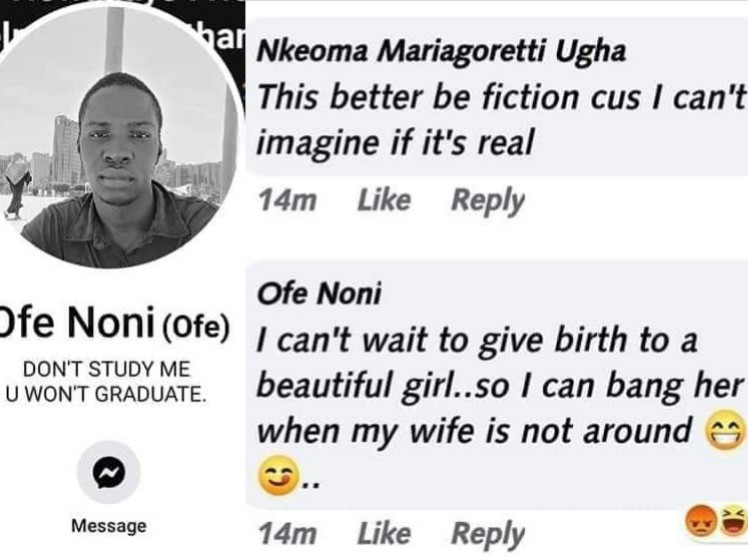 This is coming just a day after a Nigerian man posted on Facebook that he would continue to rape women as long as they continue to come to him.

The man, who already has been declared wanted, made the statement while reacting to the death of Uwa Omozuwa, the 100 level student of the University of Benin, UNIBEN, who was raped and murdered in a church in Benin, Edo state.

A suspect, has however been arrested in connection with the murder, according to a statement released by the Nigeria Police.