In what will come across as a rather startling development, a 'mad man' has been caught with a dead baby. 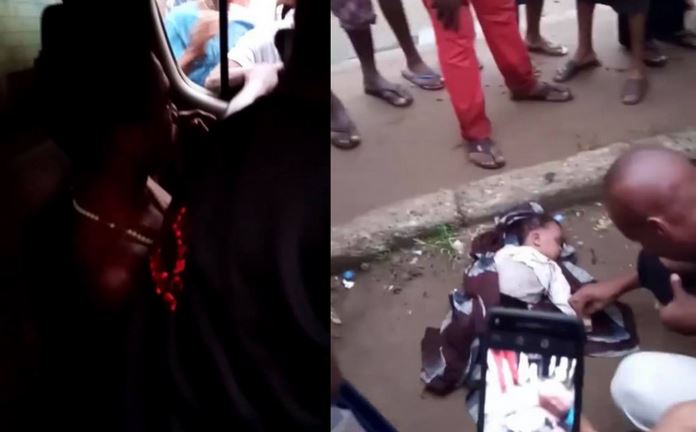 A man suspected to be "mad man" has reportedly been nabbed with a dead baby in Aba.

A video of the man who was seen being dragged into a van by security operatives has emerged. The man is said to have attracted lots of attention after being caught with the dead baby.

Some of those who gathered at the scene of the incident, were heard in the video saying they don't know who owns the baby.

Instagram user @jonadad13 who shared the video wrote; what a world

A man always dressing as a mad man caught with a dead child in aba now.