The meeting, which kicked off at 10am in the Council Chambers of the State House, had the Vice President, Professor Yemi Osinbajo and others in attendance. 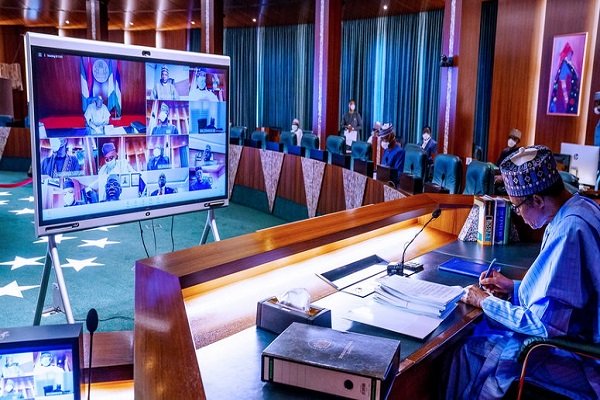 The meeting, which kicked off at 10am in the Council Chambers of the State House, had the Vice President, Professor Yemi Osinbajo (SAN); the Secretary to the Government of the Federation (SGF), Mr Boss Mustapha; National Security Adviser (NSA), General Mohammed Babagana Monguno (Rtd.); and the Chief of Staff to the President, Professor Ibrahim Gambari, in attendance.

Also physically in attendance at the FEC meeting, the fourth since activities resumed at the Presidential Villa, after the partial lockdown, were ten ministers, who were joined by their colleagues via video conference.

The meeting, which swung into deliberations immediately after the National Anthem and prayers, is expected to attend to memoranda from the Ministries of Interior, Niger Delta Affairs and Women Affairs.