Sadiq Abacha spoke in an interview with the BBC Hausa Service monitored by Vanguard on Wednesday. 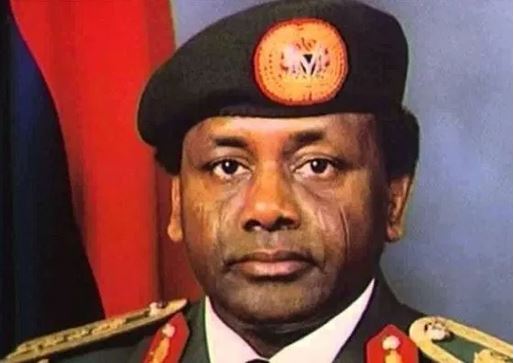 Son of former Nigerian military ruler, Sadiq Abacha, has alleged that even though a travel ban on the Abachas has been lifted since during the Yar’adua era, members of the late General Sani Abacha family were still harassed whenever they travel in and out of the country.

“We went to the security agency, they even gave us a clearance paper. But even before this lockdown that I travelled to Dubai, I was still interrogated at the Airport,'” he alleged.

Sadiq spoke in an interview with the BBC Hausa Service monitored by Vanguard on Wednesday.

Asked on how the Abacha family felt on reports of hundreds of millions, allegedly stashed in foreign vaults by the late military ruler, Sadiq said the reports were disturbing.

“We hear the report just as others used to hear. But there are reasons why the money was kept …there are some politicians. Definitely, I’m not happy,” he said

On their relationship with the families of other surviving Nigerian leaders, Sadiq Abacha explained that apart from the family of Ibrahim Babangida, and to some extent that of President Muhammadu Buhari, others had, allegedly, failed to sustain the relationship.

” We relate well with the Babangida family…, ” he said.

These revelations came 22 years after the death of General Abacha.

According to him, “Our present relationship with some of our late father’s friends is surprising. We exchange pleasantries with the family of General Babangida. We are in good terms.

“It is only with members of the Babangida family that whenever we meet, we associate and share stories.

” We also relate well, with family members of President Muhammadu Buhari. But it’s only with the Babangida’s that we recall the past.

” When Yayale Ahmed was Secretary of the Government of the Federation, he helped us and the travel ban on our family was lifted.”

” But up till date, I’m always interrogated at the airports anytime I’m travelling. They always say our names are still in the black book.

” We’ve been to the security agency and they have issued us with a clearance paper. That our names have been removed from the black book.

” But nothing has changed..I’m always harassed whenever I’m going out or coming into the country. I don’t know where to go and be listened to. It should’ve been a security agency, but I was there.

” Nothing has changed. Even recently, before this lockdown, I was interrogated when I returned from Dubai,” he said.