Mrs Yemini Wada suggests stringent measures against r*pists to serve as deterrent to others. 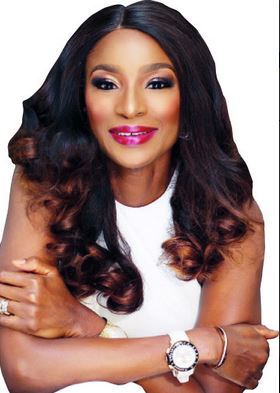 Mrs Yemisi Wada, a lawyer, is the founder of Haven for the Nigerian Child Foundation, a Non-governmental Organization that works to keep children off the streets. She is one of the women crying for justice for all r*ped girls and believes that r*pists should be treated like murderers. In this interview, Mrs Wada suggested stringent measures against rapists to serve as deterrent to others. Excerpts:

What punishment do you suggest should be meted out to r*pists?

Rapists should be treated like murderers, and that is what I believe. Whereas the men who rape get over whatever they do within a few minutes, it is a life time sentence for their victims. It is an experience victims never forget as they forge ahead in their future life. The punishment thus must be so high for those caught to serve as a deterrent from further harm. I think a life sentence in jail or even castration in the case of those sick ones that rape children. Since their weapon is on them unlike those who kill and maim with guns, where these can be taken away from them, these ones should have their weapons of severe destruction, both physical and mental, also taken away from them.

Where is the safe place for women? Where are the women getting it wrong in case we do not know?

To ask where the women are getting it all wrong is again to make them or victims suffer a second time. If a woman is raped or abused in any way it has nothing to do with her as a victim, but with the man. It is a man who is underachieved in one way or the other looking for some feeling of power and picking on someone physically weaker to prey on. Raping, sexual or physical abuse of women takes place in all societies, but it is how it is handled, how the perpetrators are punished that decides how easy it becomes to commit rape or to abuse women rampantly

With the increased number of cases recently, it becomes so confusing and one asks what should women do to avoid being raped?

I doubt any woman or child ever wants to get raped so the question should not be if there is anything to do to avoid being raped. It is our men and boys that need to be dealt with severely if they ever rape a woman; hence they will seriously think about their actions before taking undue advantage of another poor victim. When a person is abused, physically or sexually, it is not the punches or the act that is painful per say. It is the feeling and the little voice in ones head that says it is because you are a lesser being that you’re being abused. It is a feeling of shame that is not rational, but it’s there. It is this shame deep inside that makes victims allow societal stigma to affect them. It is that shame that makes many victims of abuse keep quiet about it. It is so sad because that shameful feeling is what people need to address enough so victims know it has absolutely nothing to do with them, but everything wrong with the abuser. Societal stigma will always be there, but if more people would rise up with the help of the government and civil societies; if more rapists and abusers are dealt with, the stigma would lessen.

Some people finger careless dressing as a reason for rape, throw light on this?

Careless dressing has never and can never be a reason for rape. There is rape because some people do not have self control.  I love very nice things. I see a mansion in Banana Island, would I be able to move in and live large with my family because I like it? The only reason I cannot is because there are laws against such things. Rapists rape women in Hijabs, little girls in rags and even babies in diapers. How sexually inviting is that? As a founder of an NGO, we work with street children who are the biggest threat zones. They are vulnerable and that vulnerability is what abusers prey on the most. It is all about having power over another. Many of them are victims of one form of abuse or another. Many have ran away from home and when they get to the city they often look for shelter amongst people who are in conflict with the law as they feel they have done something wrong by running away from home. They are then sexually abused, pimped, both boys and girls, used as child labour.

Where then is a safe place for the women?

A safe place for women is a society where there is justice and sincerity of governance. A safe place again is where citizens know their government and law enforcement care about them. There’s the Child’s Right Act which protects the basic rights of children and there are like 17 states mostly the Northern states that have refused to adopt this Act into practice. In Nigeria right now the age of consent for sex is 11 years old in the year 2020!! Is this not barbaric? This is to allow men to marry babies all in the guise of Islamic rites. That Bill says no one under the age of 13 can give legal consent and 16 is the age one can marry, but with parental consent.

What do you think about Nigerians handling the COVID-19?

I am not happy the way Nigerians are handling COVID-19, just like other Nigerian factors. When there is the level of corruption that exists like ours everything breaks down. When the government lies to its citizens all the time and do not provide all that are expected and supposed to, so why would they be trusted? A large majority of our population are illiterates who cannot read and have no access to information elsewhere.  When the government says there is pandemic, and its citizens see only figures and not the victims; the government is not trusted nor believed. Corruption is the reason the economy is poor, there are no social security funds to allay the poverty of many and one thinks it will be okay to impose a stay home lock down? The palliatives that were promised did not get to many quarters. Initially, states like Kano lacked testing kits, some states’ isolation centres were empty, but with funds allocated to them. Listening to news most times is very depressing because even in this pandemic there are still no transparencies in disbursing palliatives to the poor. Look at the budget, the Health and Education sectors budget were slashed but N27billion was passed to renovate the National Assembly. I pray this opportunity would let Nigerians realize there is a great need to localize and regionalize governance. There is also need to decentralize governance. It calls for a push and hoping that one day the light will shine whilst we are still intact and get rid of corrupt government and constitution.