Some women from South Africa who have been sexually molested took to Twitter to appeal to their president to come to their aid as they seek for justice. 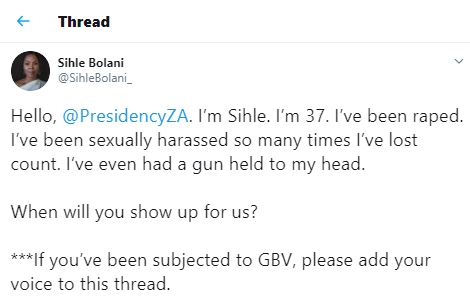 More than 70 women from South Africa who have been sexually abused and raped in the past have taken to Twitter to share their heartbreaking stories as they appealed to the presidency for help.

The Twitter thread was initiated by author Sihle Bolani, 37,  who encouraged other victims to speak up after revealing that she was sexually harassed and raped so many times, that she's lost count of the incidents.

Vanessa Govender,  an award-winning television news journalist at eNCA TV station also claimed that she was physically and sexually abused by a radio DJ at Lotus FM between 1999 and 2005 while she was working at the South African Broadcasting Corporation (SABC).

Another lady also disclosed that her sister's 12-year-old daughter was raped last year in her mother's house. She said the rapist was caught red-handed but police freed him because he allegedly used a condom and the DNA didn't match.

Read The Full Thread Below; 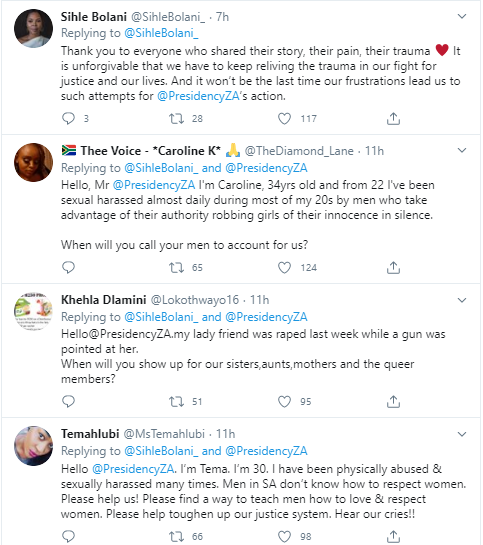 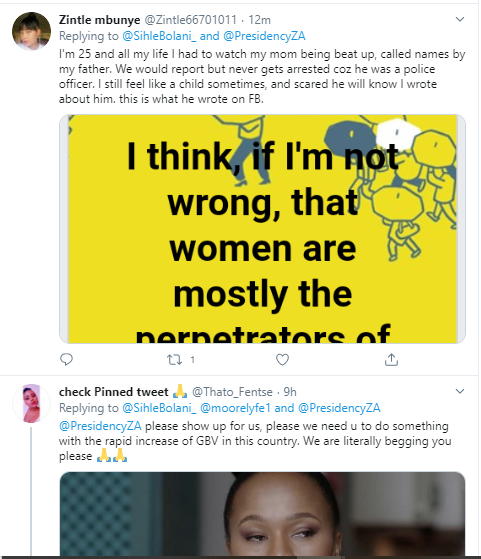 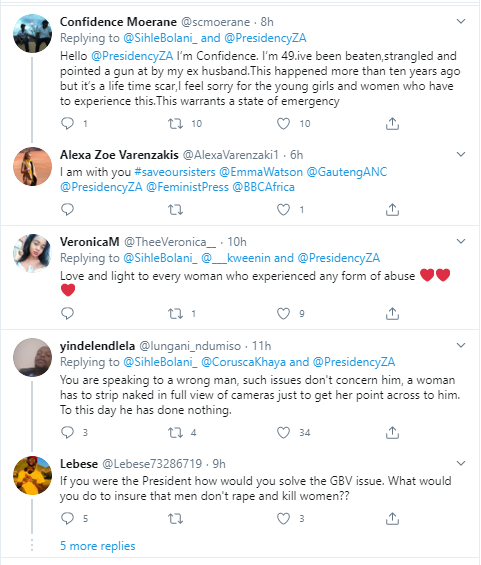 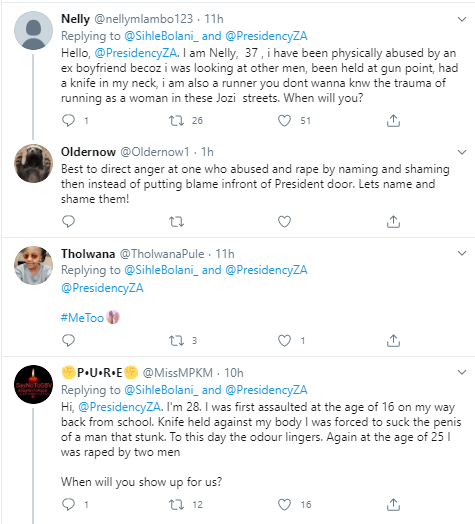 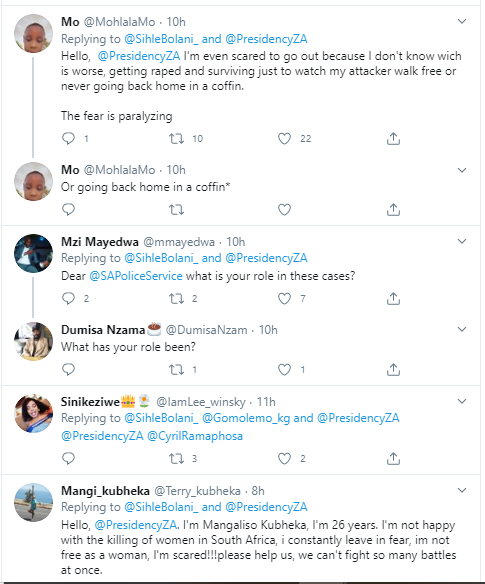 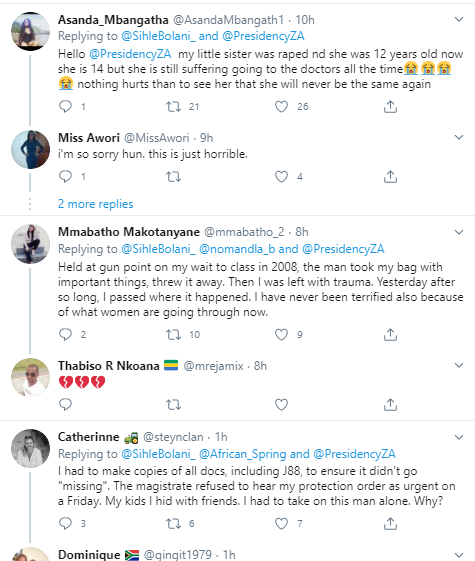 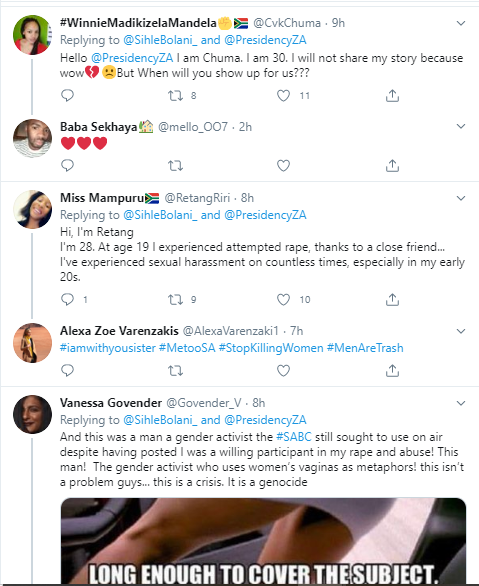 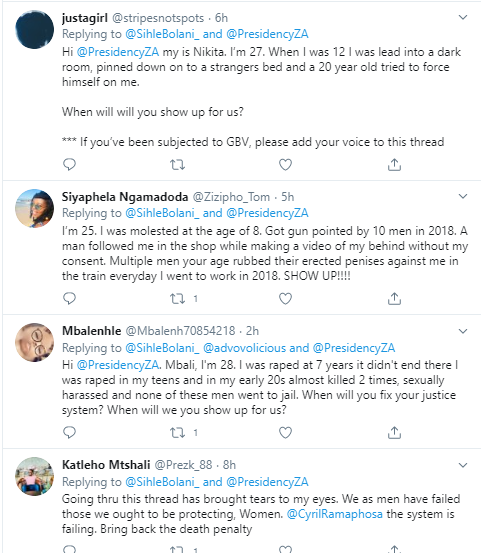