Muslim Triplets Blasted After A Photo Of Them Kissing Surfaced Online


A photo of two out of three triplets planting a kiss on their sister has caused controversy on social media. 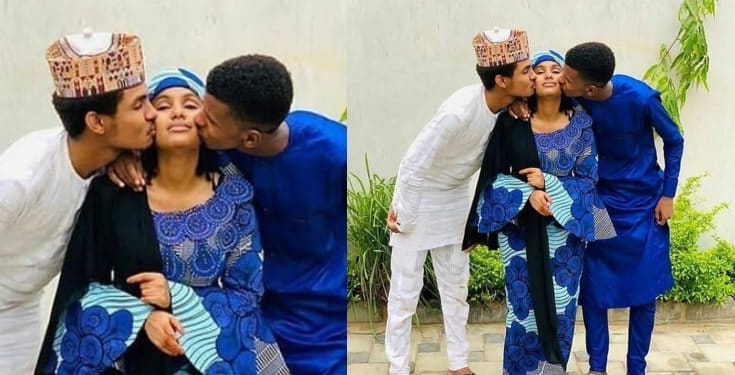 The controversial photo of the triplets
A Muslim lady, @MFaarees_ on Twitter, has taken to the social media platform to fume after a set of Arewa triplets were seen kissing each other on the cheek.
According to her, it’s the highest level of stupidity and it’s unislamic as Islam teaches modesty and shyness.
“This is the highest level of stupidity I’ve ever seen on my TL, who cares if you’re triplets, everytime posting your pictures like this, this is not our culture, and this is unislamic, wai siblings, Islam teaches Modesty and shyness. You need to know the meaning of “Dayyuth”.” she tweeted.
Her comment has brought missed reactions as some Twitter users slammed her for reading a deep meaning to three siblings kissing on the cheek. 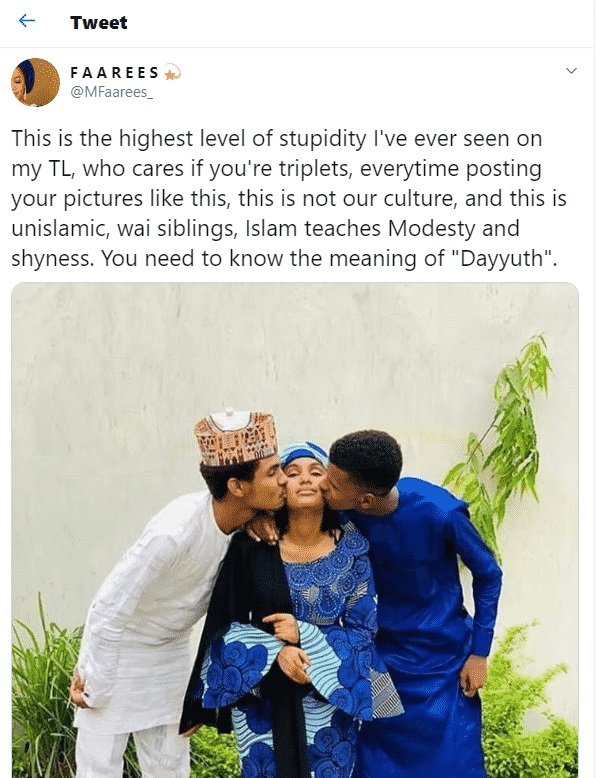