After being mocked on social media for dressing like a man to his father's birthday party, Bobrisky has revealed why he did what he did. 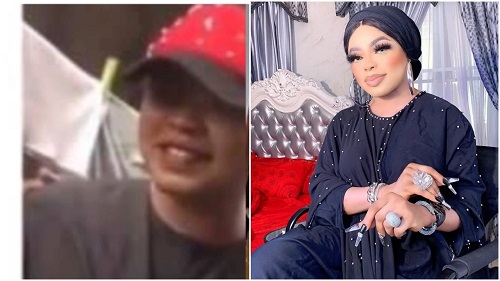 Bobrisky
Popular Nigerian cross dresser, Idris Okuneye Olorunwaje popularly known as Bobrisky has shaded light on why he ditched female clothes for male wears at his father's birthday party.
Recall that the Nigerian male-barbie wore a face cap and a black jalabia to his father’s birthday party.
Reacting to the report which went viral, Bobrisky opened up on why he dressed like a man to his father’s birthday party.
He defended himself saying that he saw nothing wrong dressing like a man and ditching female clothers.
He further added that he did what he did out of respect for his family.
He made these revelation in the comment section of one of his Instagram posts.
See the comment below: 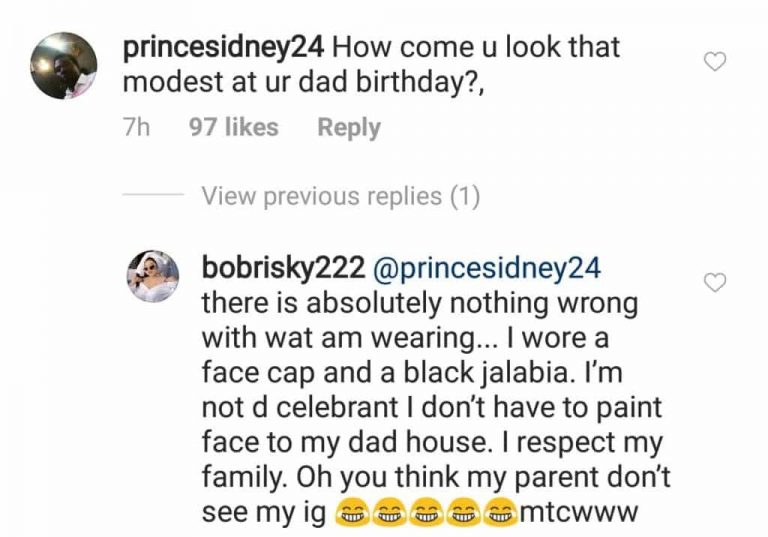