The legal counsel representing Victor Giadom, factional national chairman of the APC says the purported suspension of his client is ineffective because it is in contempt of a subsisting court order. 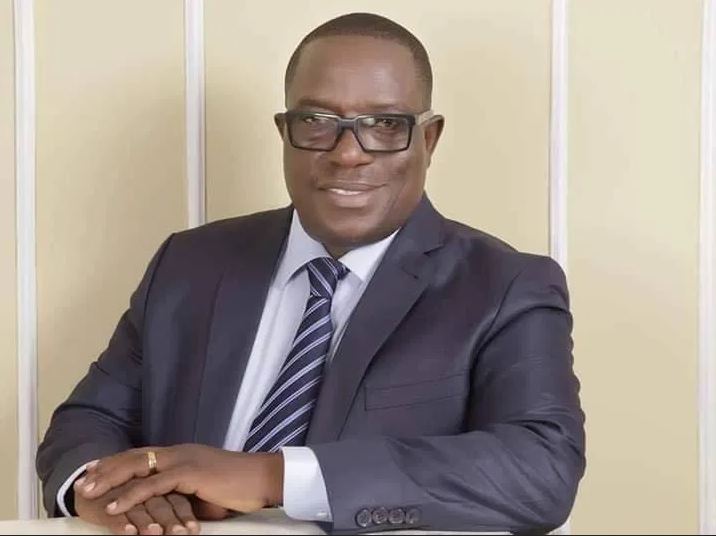 Chief Victor Giadom, the self-installed acting National Chairman o, has stated that his expulsion from the All Progressives Congress (APC) is ineffective and should be disregarded by the general public.

Giadom who is the Deputy National Secretary of the APC, on Saturday announced that he was the ruling party's acting chairman as he had secured a court order which backed his resumption as the Acting Chairman of the APC, even though another high court in Rivers state had restrained Giadom from parading himself as chairman of the APC.

On Sunday, Livingstone Wechie, the Media Adviser to the Acting Chairman of the APC in Rivers state Igo Aguma, said Giadom was suspended from the party over alleged acts of gross infractions of the party’s Constitution.

Giadom has now come out to refute Wechie's claims, saying it is ineffective. Taking to his Twitter handle, he wrote; ''Read this carefully i am protected' alongside photo of the court order granting him power to continue as Acting National chairman of the party.''

In a press statement released Monday  June 22, by his legal representative, Chief Oluwole Afolabi ESQ, Giadom said the expulsion was done against the order of an FCT High Court issued on 16th March and updated in June, therefore it was null and void.

Read The Press Release Below;

PURPORTED EXPULSION OF CHIEF VICTOR GIADOM FROM THE APC

Our attention has been drawn to a Statement purportedly issued by a Livingstone Wechie, Media Adviser to the APC Rivers state Chairman, Chief Igo Aguma to the effect that the Acting National Chairman of APC, Chief Victor Giadom has been suspended from the Party.

We wish to state that the statement and the purported expulsion were done contemptuously of the order of the FCT High Court issued on 16th of March, 2020, by Hon. Justice S.U Bature in Suit No. FCT/HC/M/6447/2020 which imbued Chief Victor Giadom with the authority to act as the National Chairman of the Party following the suspension of Adams Oshiomhole as the National Chairman.

The law is trite that a member of a political party cannot be suspended from the party while he’s in court asserting a vested right as a member of the party. By attempting to suspend Chief Giadom from the party, the characters involved are trying to force a fait accompli on the court and thereby tie the hands of the court.

A similar conduct orchestrated by the PDP to expel RT. Hon. Amaechi from the party while he was in court challenging the results of the Rivers State Governorship election was condemned and rejected by the Supreme Court.

The purported expulsion of Chief Giadom is ineffective and contemptuous.

We hereby urge INEC, law enforcement agencies and the general public to disregard the news of the purported expulsion of Chief Victor Giadom.
In line with the provisions of the Constitution of the APC, as affirmed by the Order of S.I.U. Bature J. and a plethora of legal authorities, Chief Victor Giadom remains the Acting National Chairman of the APC.