The Niger state police have apprehended an armed-bandit in possession of an Ak49 Rifle. 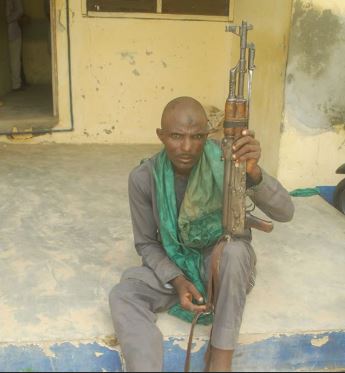 The police in Niger state has arrested a suspected armed bandit identified as Ibrahim Mohammed.

A statement released by the command's spokesperson, Wasiu Abiodun, said Mohammed was arrested during a stop and search exercise along Minna-Sarkin Pawa road by men of the Sarkin-Pawa Division on June 13.

According to the statement, the police intercepted and arrested a cyclist carrying two passengers. During the search, one of the passengers who was later identified as Mohammed a.k.a Shagari of Mayigara Zaria LGA Kaduna State, was in possession of Ak49 Rifle. His accomplice escaped to the forest.

Abiodun added that during interrogation, Mohammed confessed he belonged to a group of armed bandit terrorizing Sarkin-Pawa, Shiroro, and its environs.

He said the case under investigation.