COVID-19: Drama As Nigeria Police Rescue Over 600 Workers Locked Up For Three Months In Rice Factory


Members of the Kano police command stormed the factory on Monday after obtaining a court injunction, arresting four managers and releasing the detained workers. 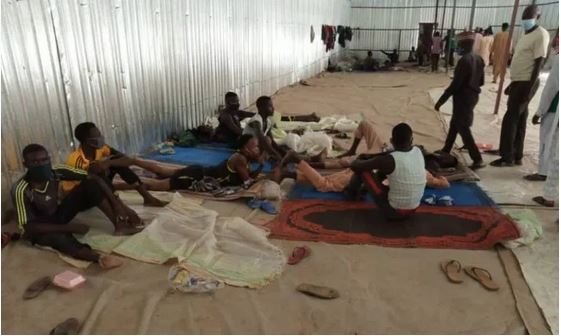 This is where the factory workers sleep.

According to PREMIUM TIMES, the police in Kano have rescued over 600 labourers who were forced to spend three months in a factory called ‘popular farm rice’, in Challawa industrial area.

The workers told PREMIUM TIMES that they were threatened with their jobs if they opted to go home to see their families.

Members of the Kano police command stormed the factory on Monday after obtaining a court injunction, arresting four managers and releasing the detained workers.

According to the workers, they were denied access outside the premises of the factory due to the fear of bringing COVID-19 into the factory.

One of the freed workers told journalists that he has been in the factory since March 23rd without setting his foot outside.

Another worker, Haruna Salihu, said he had been in the factory since March 28 and was denied time to visit his family and parents. “Our family members are seriously disturbed, as they don’t know the (condition we are in). My wife and my kids used to come to the factory’s gate and I couldn’t go and meet them.

“We were tricked to stay in the factory for five days, then (it was) extended to seven days, then two weeks and subsequently extended to one month. We are now detained for over three months. There are about 600 workers in the factory. We are sleeping in a very poor environment. I am appealing to authorities to allow me to go back to my family.” 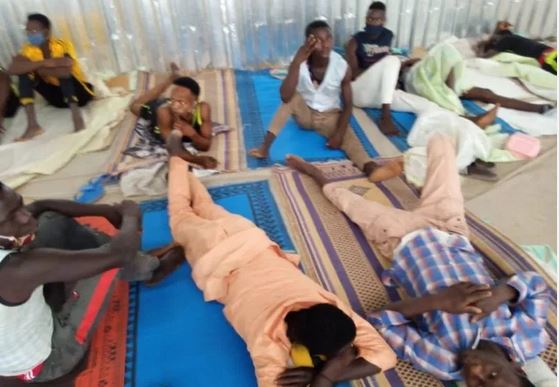 According to another employee, though he was not forced to stay, he was threatened with dismissal if he decided to go outside the factory.

Also, a truck driver, Hashimu Isa, who brought paddy rice from Kebbi State, narrated how he was kept in the factory for three days without going out.

“I brought paddy rice from Yauri, Kebbi State. I couldn’t go out of the factory, since my entry three days ago. Even if you attempted to go out, the security will not allow you. I couldn’t go out to give my boy money to buy food. Someone sent me ten thousand Naira, but I couldn’t go to the bank to withdraw it. I was waiting to (offload) the rice, so that I will leave,” he said.

The police spokesperson in Kano, Abdullahi Haruna Kiyawa, said they have arrested four management staff of the factory, and investigation is ongoing to verify the allegations against them.

“We have found many workers locked and enslaved in the factory. The commissioner of police, Habu A Sani, has directed for thorough investigation. So far, we have arrested four management staff and investigation has commenced,” Mr Kiyawa said.

The manager of the rice mill, who identified himself as Abdulkareem, regretted the incident, saying he was not aware of the workers’ terrible condition.