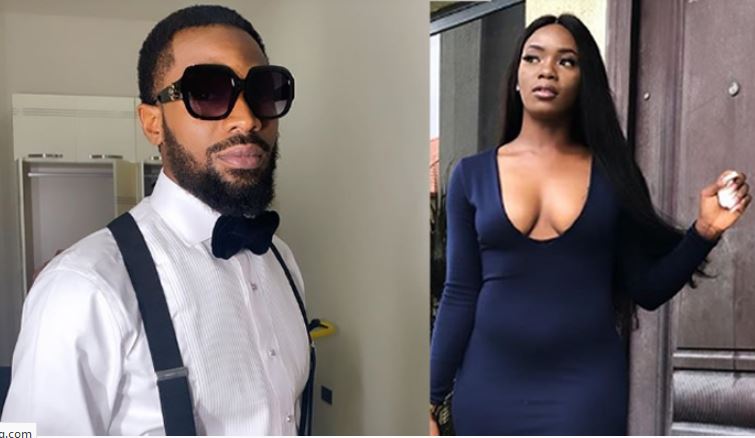 Ms Seyitan Babatayo, who alleged that Nigerian singer, D’banj raped her in a hotel room two years ago, has now made a criminal complaint to the police.

She said D’banj, whose full name is Oladapo Daniel Oyebanjo barged into her hotel room on 30 December 2018.

In her words: “D’banj gained access into my hotel room at past midnight while I was asleep. He violated and raped me”.

In a bombshell press statement, Seyitan said she filed the criminal complaint at the Gender Desk of Lagos Police Command Headquarters in Ikeja on 22 June.

She said the complaint was filed after she tried unsuccessfully to lodge same at the Bar Beach Police Station in Victoria Island on 6 June.

Seyitan said the attempt was thwarted by a police officer.

She spoke about her ordeal on 16 June, when she was arrested by four police officers and detained in a cell for 48 hours, like a criminal at Harold Sodipo Police Station in Ikeja.

She was charged with no offence, upon her release, after signing a gag order by the police and D’banj team.

Since then, the Inspector General of Police, Mohammed Adamu has ordered an investigation into her case.

Similarly, the Lagos State Attorney-General also wrote the Commissioner of Police in Lagos to investigate the case.

Upon all that Seyitan said she has now gotten the services of a law firm in Abuja to handle her case. 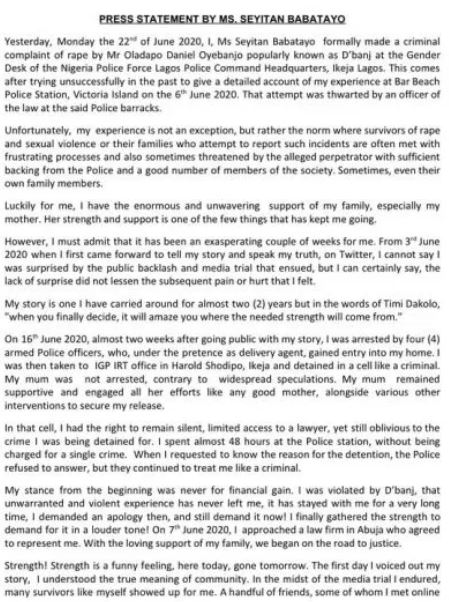 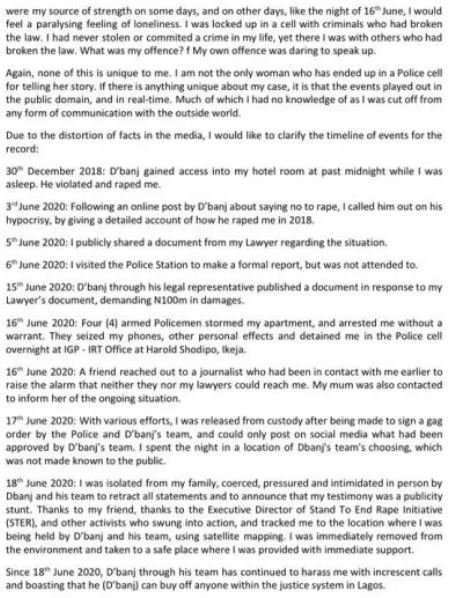 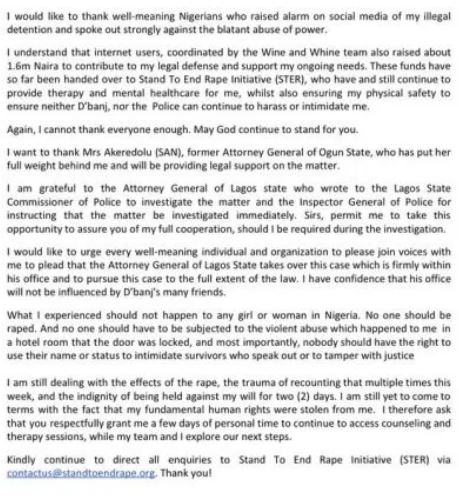