Members of the Civil Society Network Against Corruption staged a peaceful protest and submitted a petition against the Speaker of the Lagos State House of Assembly, Mudashiru Obasa. 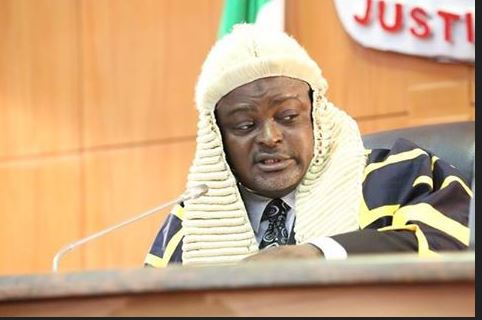 Civil Society Network Against Corruption (CISNAC) on Tuesday stormed the Lagos office of the Economic and Financial Crimes Commission (EFCC) in Ikoyi area of the state in protest, calling on the commission to commence probe on corruption allegations against the speaker, Lagos State House of Assembly, Hon. Mudashiru Ajayi Obasa.

The placards-carrying protesters, who were received by the head of the anti-graft agency in Lagos, Mohammed Rabo, said they wanted the EFCC to investigate allegations of financial impropriety against Obasa. 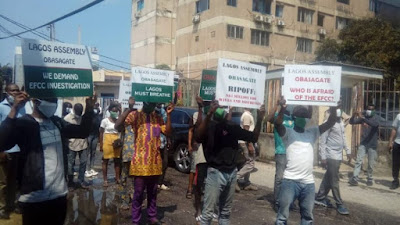 Speaking before presenting the petition to Rabo, the Coordination of CISNAC, Shina Odugbemi, said, “Our mission here this morning is to present you a letter about an issue in the city, Lagos State. Everywhere is awash with the accusation that the Speaker of the state House of Assembly is squandering money. We pick issues and we ensure that we follow issues to logical conclusions. This is one of the steps.

“We have come here today to present to you our petition that contains a catalogue of allegations. The truth is that these are allegations until they are investigated and until a court of competent jurisdiction rules over them, we can’t say somebody is a thief or not. But what we are against is that in the Lagos State House of Assembly, there is a conspiracy to sweep these things under the carpet.”

Responding, Rabo assured the protesters that the EFCC would give the petition the required attention.

He, however, stressed that allegations do not automatically translate into guilt.

He said, “I have received your petition and in our usual way, we don’t segregate if there is any allegation. But like you rightly said, an allegation does not confirm the guilt of a person until investigations are well established.

“So, I want to assure you that like every other petition we receive, we will give it the required attention.

“We have our process here. This is the first process, you have submitted a petition; we will go into it and we will commence earnestly.”

The placards carried by the protesters were headed with Obasagate, followed by inscriptions such as “Lagos must breathe”; “Lagos Assembly must be free”; “Rip-off: N84m for wives and mistresses”; and “EFCC must investigate Mr Speaker”, among others.