A dismissed Policeman who is a serial motorcycle snatcher has been arrested by the Police in Bauchi. 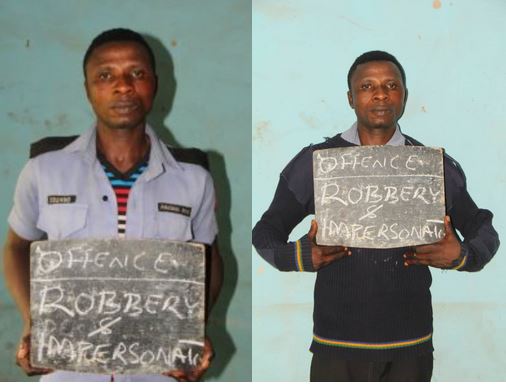 The people of Bauchi State can now sleep with their two eyes open as a serial motorcycle thief who was a dismissed police sergeant has been arrest.

Wakil, a Deputy Superintendent of Police (DSP), explained that  the dismissed sergeant was arrested wearing police uniform along Dass road following a series of complaint by residents.

“The suspect confessed to the crime and the following exhibit was recovered from him; Neon blue shirt and black trouser.Device rank of sergeant and Police badge.

“The Commissioner of Police directed that the case should be transferred to SCID for discreet investigation after which the suspect would be charge to court for prosecution/possible conviction,” he added.

The command then assured members of the public that it is committed to the fight against Crime and Criminality in the State and will appreciate every useful information that will assist in apprehension and prosecution of offenders.