A man has been left in serious pain after his wife cut off his manhood over a quarrel. 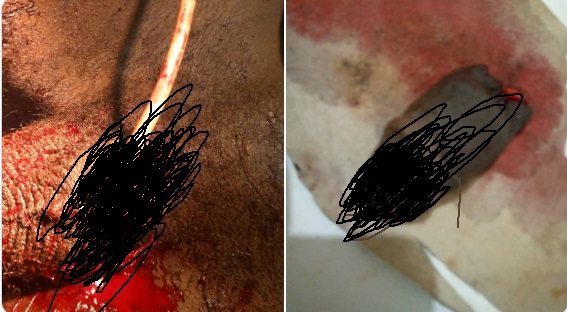 "An 8 month pregnant wife had a little quarrel with her husband this morning which got physical. She grabbed a kitchen knife and amputated the man's penis. When next you want to advocate against domestic violence, remember that it can be both ways."