For Aisha, Buhari has not been transparent enough in his administration as many would be made to believe. 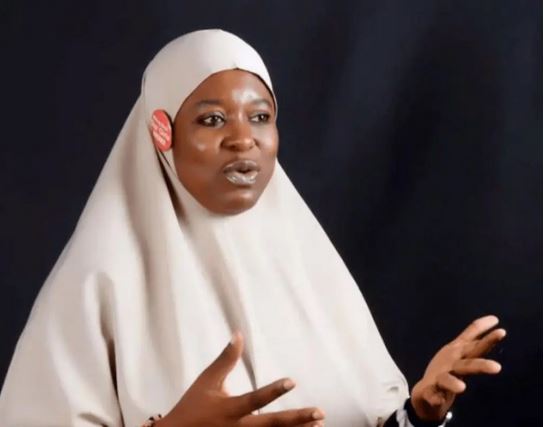 For Aisha, Buhari has not been transparent enough in his administration as many would be made to believe, pointing out that since 2015 he emerged as Nigeria’s President, Buhari has failed to make public his campaign donations and statement of account.

Hushpuppi was recently arrested in Dubai, United Arab Emirate, UAE on June 10 over alleged fraudulent charges, and was said to have defrauded 1,926,400 people.

On her official Twitter handle, Aisha wrote, “Muhammadu Buhari @MBuhari and Hushpuppi are in the same business.

“They both defrauded millions of their money! Where is the 2015 Buhari campaign donations, statement of account? 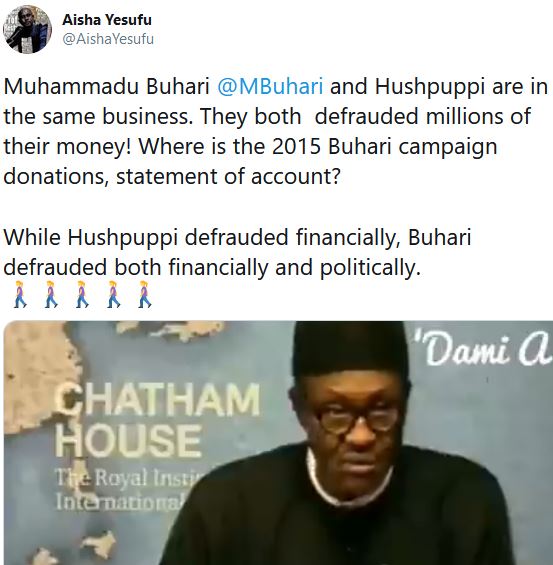 The Nigerian government had since reacted to the arrest of Hushpuppi in Dubai for alleged fraud.

The Chairman of Nigerians in Diaspora Commission, NiDCOM, Abike Dabiri-Erewa said Hushpuppi’s arrest should not be used to judge Nigerians living abroad.