A Nigerian man based in India has been apprehended by the police for allegedly defrauding an Indian man of N22.9 million 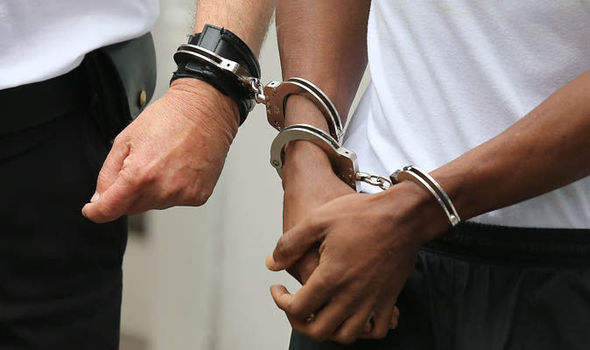 A 32-year-old Nigerian man in based in India identified as Okeleve Frankline Chibundom has been arrested  by the Police for allegedly defrauding an Indian man of the sum of N22.9 million (Rs 44.25 lakh)

It is alleged that Okeleve Frankline Chibundomby duped the man by posing as an executive of a Tokyo-based pharmaceutical company selling herbal seeds, police said on Sunday.

He along with his live-in partner duped several people after approaching them on social media, they said.

Chibundom’s activities came to police”s notice after a resident of southeast Delhi”s Sarita Vihar made a complaint against the accused in February this year.

According to the complainant, on November 29 last year, one Takeshi Mochida, posing as an executive of a Tokyo-based pharmaceutical firm, contacted him through LinkedIn regarding supply of 10,000 packets of a herbal seed for medical purposes.

He also recommended a supplier based in Jalpaiguri, West Bengal.

When the complainant contacted the said supplier, Arti Mukharjee, she told him that the product cost Rs 2,10,000 per packet and they fixed the deal on commission basis, the police said.

The complainant made payments to the tune of Rs 44,25,000 to the accused in different bank accounts but the seeds were never delivered to him. The accused also did not return his money, they said.

Chibundom was identified and later arrested through technical surveillance and by tracing bank account transactions, they added.

During interrogation, the accused disclosed that he used to send bulk emails to people through LinkedIn and Facebook, promising them good opportunities in the business of herbal and rare seeds, said Additional Deputy Commissioner of Police (Southeast) Kumar Gyanesh.

He created fake websites of big pharmaceutical firms and also involved his live-in partner in the plan, the officer said.

His partner used fake names and spoke to the targets in Hindi to lure them into purchasing the seeds. After their job was done, they blocked their contacts, he added.

Three mobile phones, five ATM cards, one laptop and one hard disk used in the commission of crime have been recovered, the police said. PTI AMP DIV DIV