The Nigerian Senate has asked the Federal Government to rename the Ibadan Airport after the late former governor of Oyo State, Senator Abiola Ajimobi. 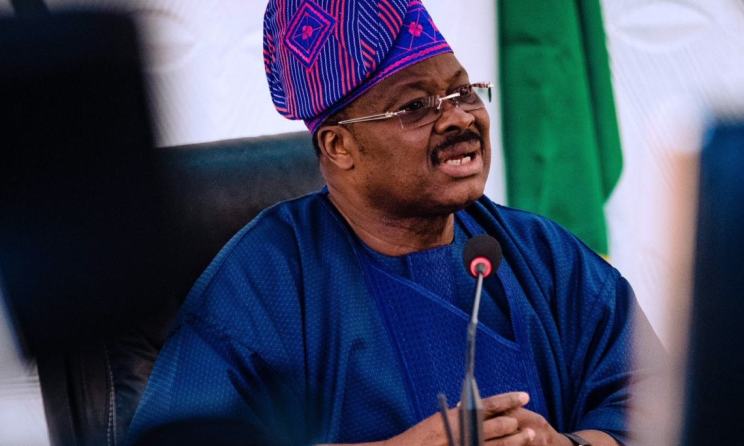 The Senate today urged the Federal government in its resolution to name the Ibadan Airport after the former governor of Oyo State, late Abiola Ajimobi who died on 25th of June, 2020.

The former governor of Oyo state was also a principal officer in the Senate where he served as a minority leader between 2003 – 2007.

The resolution of the Senate followed a motion by the Senator Buhari Abdulfatai (Oyo North) APC, who described the governor as a jinx breaker for returning for the second time as a governor, which was the first time in the political history of Oyo State that a serving governor got a second term.

The Senate also resolved that a high powered delegation will be constituted to visit the family to commiserate with them and the people of Oyo state for the loss of the former governor who served his state for eight years.

The Senate in its resolution on the motion also paid its last respect to the late Senator Ajimobi as it observed a minute silence for the former minority leader of the Senate.

Supporting the motion, Senator Ibikunle Amosun (Ogun Central) APC, said the late Senator Ajimobi was a hardworking governor and lover of his people.

He recalled that he was a man of peace and full of humour as he usually will keep all in his company laughing with jokes and banters.

Ajimobi was appointed Acting Chairman of the ruling All Progressives Congress amidst its crisis that was finally resolved by the dissolution of the NWC  by the National Executive Committee (NEC) of the Party, he could have resumed the office before his death.