According to the former governor, Magu should be placed on the country’s watch list so that he won’t disappear into thin air. 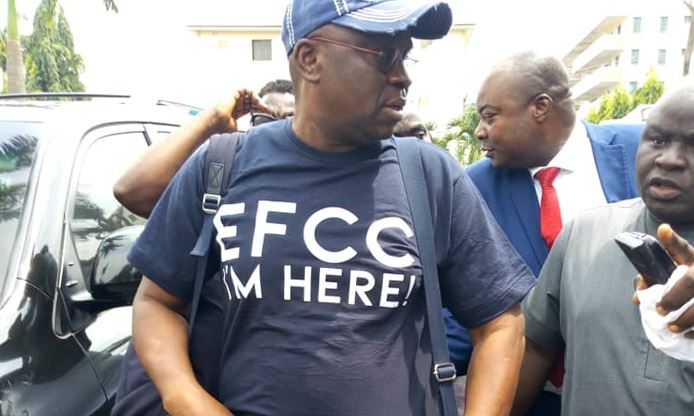 According to The PUNCH, the former Ekiti State Governor, Ayodele Fayose, has asked security agencies in the country to place suspended acting Chairman of the Economic and Financial Crimes Commission, Ibrahim Magu, on watch list.

According to the former governor, Magu should be placed on the country’s watch list so that he won’t disappear into thin air.

He wrote, “Just as Magu directed that I be placed on “watch-list” even when I had immunity as a sitting governor, Magu too must be placed on watch-list so that he won’t run away. EFCC, DSS, Customs, Police, Immigration, Army, Navy, Air Force, others, over to you. What goes around comes around.”

The PUNCH had earlier reported that some policemen attached to the Force Criminal Investigation and Intelligence Department on Tuesday searched Magu’s house located on Abduljalil Street, Karu Site, on the outskirts of Abuja and left with some vital documents.

The suspended EFCC boss, who was detained by the police after Monday’s interrogation, was returned to the police custody at 8:30pm on Tuesday.

Meanwhile, the President, Major General Muhammadu Buhari (retd.), had suspended Magu, who is expected to be returned before the panel on Wednesday.