A woman has revealed what made her to take the risk of jumping out of a moving bus in Lagos. 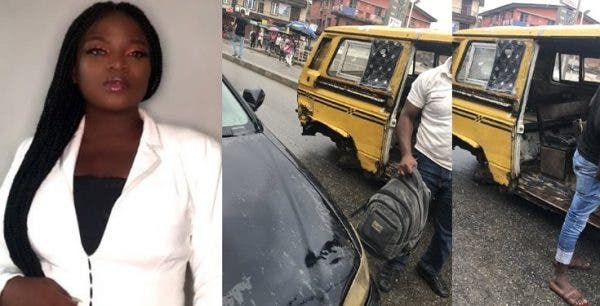 Woman jumps out of speeding bus in Lagos
A Nigerian lady identified as Bola has shared a rather traumatic experience after jumping out of a speeding bus.
According to what she shared on Twitter, Bola was traveling from Yaba to ojuelegba when the tyre of the bus flew out on motion.
She disclosed that the only thought that came to her mind at the moment was to jump out of the moving vehicle.
She obeyed her instinct, jumped out of the bus, and she’s thankful that she survived unharmed, despite being traumatized.
She tweeted;
“Guys! My whole life just flashed before my eyes! Took a bus from Yaba to ojuelegba and the tire flew out on motion.
Idk why, but my first instinct was to jump out cos the bus wasn’t going to stop, which I did. I’m unscathed but I’m traumatized 🥺🥺 I just almost died!” 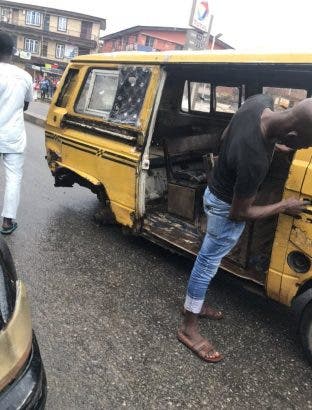