He made this statement at the investigative hearing on the N40 billion corruption allegation against the commission. 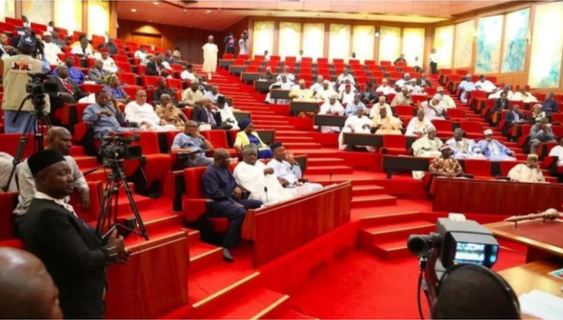 According to PREMIUM TIMES, the acting Managing Director of the Niger Delta Development Commission (NDDC), Kemebradikumo Pondei, has admitted that the commission spent N1.5 billion for staff as ‘COVID-19 relief funds’.

He made this statement at the investigative hearing on the N40 billion corruption allegation against the commission.

The Senate had on May 5 set up a seven-man ad-hoc committee to investigate the “financial recklessness” of the Interim Management Committee (IMC) of the commission.

The lawmakers said, within the last three months, the commission has spent over N40 billion of the commission’s fund ”without recourse to established processes of funds disbursement which has opened up further suspicion among stakeholders of the Niger Delta Region.”

They also faulted the IMC’s ”arbitrary use of executive power in an alleged wrongful sacking of management staff without recourse to established civil service rules and practice with the aim of allegedly concealing the fraudulent financial recklessness they have committed.”

Mr Pondei and other delegates from the commission appeared before the committee on Thursday for the hearing.

Part of the audit report read out by the chairman of the committee, Olubunmi Adetunmbi, said N3.1 billion was spent as COVID-19 funds between October 2019 and May 2020.

Another N475 million was given to the police to purchase face masks and hand sanitisers, he added.

Responding to questions regarding the COVID-19 Relief Fund paid to NDDC staff, the MD said ”only N1.5 billion was used to take care of staff” despite being paid their salaries.

He explained that part of the fund was for the youth of Niger Delta.

”The youth were given palliatives to help cushion the effect of the pandemic on the people. The youth were idle and to avoid violence, they were paid,” he said.

He said ”the remaining fund was spent on staff of the commission.”

He further explained that the IMC inherited debts upon assumption of office ”that needed to be cleared on time.”

He said the previous management owed hotels and had unpaid electricity bills of about N26 million.

When asked why the police was given N475 million, Mr Pondei said a request was made from ”the high command of police and the management took a look at it and approved it.”

He explained that the money ”was an intervention and the NDDC is expecting a report as to how the money was spent.”

Meanwhile, the acting deputy director, projects, Cairo Ojougboh, added that the money given to police is for nine states of the Niger Delta region.

The investigative hearing will continue on Friday, the chairman said.