A community in Lagos was thrown in shock after an electrician got electrocuted while working on a pole. 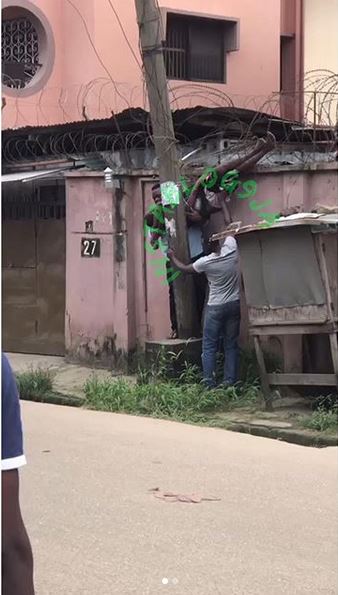 It was pure tension that took over the Ilasamaja area of Lagos state this morning after an electrician got electrocuted.

According to a source: “ He had climbed the pole to help change the wire connected to a house, when power supply was restored and he got electrocuted.

"He was rushed to the hospital where he was confirmed dead.”