Details have emerged showing how the dreaded leader of 'one million boys' gang in Ibadan was killed. 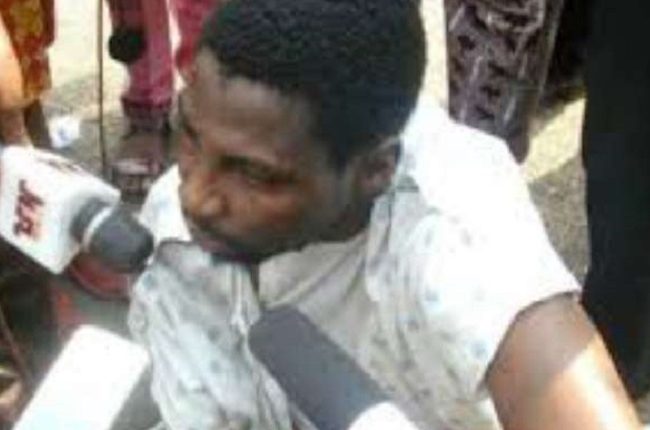 Ebila
The leader of Ibadan notorious gang, One Million Boys, Abiola Ebila, was killed on Sunday afternoon, it has been revealed.
It was gathered that the notorious criminal Ebila and his team kidnapped a middle-aged man whose name as of the time of this report could not be ascertained and kept him in one room at Aboderin Compound, Kudeti, Ibadan while demanding N1million as ransom.
According to a source, it was at this point that the victim told them to let them approach a nearby ATM to withdraw money, an offer Ebila and his team turned down.
Nigerian Tribune said a source told them that Ebila then  threatened to kill the man if he refused to make available the amount they requested.
The source said it was at this point that Ebila asked the victim to call anyone who could bring the money for him to escape being killed, adding that the call made from Ebila’s den gave the Operatives of Operation Burst the information about the ongoing criminal act.
“Men of the Operation Burst, therefore, swung into action by heading to Aboderin Compound, Kudeti”, the source said.
The source told the Nigerian Tribune further that Ebila and his team members numbering 15 upon sighting the security team started shooting at them sporadically.
This, however, led to the shooting of Ebila, who was trying to escape through the river line of the popular Kudeti river.
The source said that while the men of Operation Burst were trying to overpower other members of the gang, some of them managed to escape with the corpse of Ebila, who was shot twice at the back.
Recall that Ebila, was declared wanted sometime in April 2020, in connection with the murder of one Ibadan most wanted thug, Moshood Oladokun, popularly known as Ekugbemi.
Recalled that Ekugbemi was matcheted to death at Olomi area of Ibadan during a clash with a rival cult group.
Top Stories