Nigerian singer, Damilola Praiseworth has revealed how he intended to make his wife serve him as the man of the house. 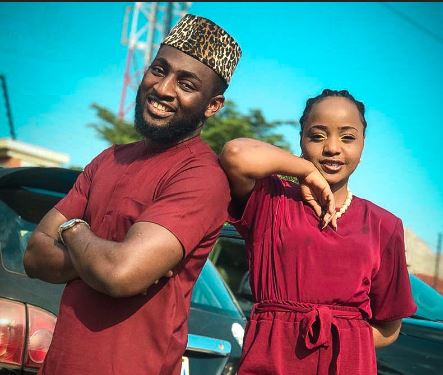 Popular Nigerian singer, Damilola Praiseworth has revealed how he planned to make his wife his servant after their wedding, just because he had served her during courtship.

In his post, he noted that a passage from the Bible changed his thought and he realized he had to be servant-leader as the man of the house so life could run smoothly for them both.

“When I was still a boyfriend, I didn’t mind doing cooking and house chores to impress my wife when she visited. After all she was going to pay back in full when we get married by serving me totally because I will be the MAN OF THE HOUSE.

“In all these fantasies I rarely pictured myself serving as I had done to impress her. I felt I would need to be rewarded for all the good I had invested in the relationship. Marriage would be my harvest and I would only serve her as a reward for serving me. It was all about me.

“Few months before we got married I came across a Bible verse, Luke 12:37 that stated “… I tell you the truth, he himself (Jesus) will seat them, put on an apron, and serve them as they sit and eat!” As simple is it sounds, it blew my mind and left me in tears.

“I realised that even Christ, served us completely and at his coming, he will put on an apron, get his hands dirty and serve us. If I am to love this woman as Christ loved the church, I could not do anything less than to serve her and our home totally without expectations.

“I got into marriage with a desire to serve my wife completely without expectations. To completely give my all and support her in cooking and chores as she always knew me to do as a boyfriend. I have gladly done so ever since and still doing that.

“Interestingly, my service to her has made her to treat me right consistently even more than the expectations I had built up in my head. It’s as though each time I serve her, she naturally responds by trying to outdo my service. It’s like a healthy contest of service to each other.

“We are growing to become two people used to giving our 100% to each other and not meeting each other halfway. When something comes up that needs to be done, it’s done naturally because we are both committed to serving each other completely

“I have come to realise that there is such a thing as the MAN OF THE HOUSE, but it’s not the man who lords over his wife or family like a dictator.

“A MAN OF THE HOUSE is the man who is committed to serving his home completely. He is a Servant-Leader”.