New research has shown that by 2100, Nigeria’s population will hit 791 million, making it the second-largest country in the world. 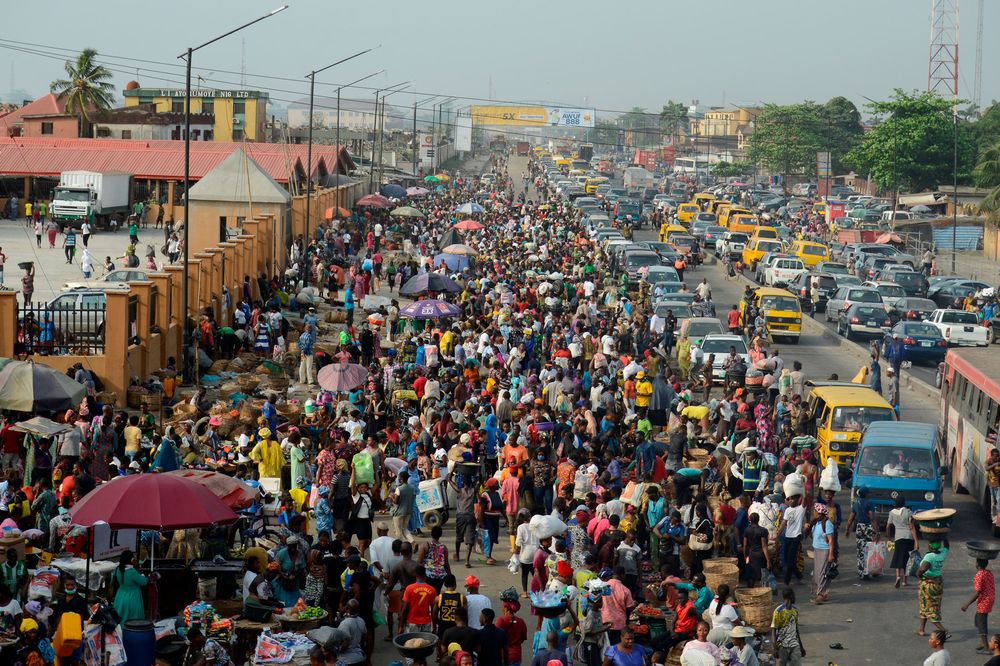 Nigeria’s population is expected to surpass that of China by 2100, a new study suggests.

The study predicts that within the same period, Nigeria’s population will hit 791 million, making it the second-largest country in the world.

The research which was conducted by the University of Washington’s Institute for Health Metrics and Evaluation states that the general population of the world will drop due to a reduction in fertility rates.

However, the population of sub-Saharan Africa  arguably the poorest region in the world is expected to triple in size to more than three billion people by 2100.

In an interview with BBC, researcher, Prof. Christopher Murray, said the population boom in sub-Saharan Africa would lead to migration of Africans to many European and Asian countries in need of higher population.

This, he said, would, however, lead to a high incidence of racism.

Murray, who is a former Director of the Harvard Centre for Population and Development Studies, said, “We will have many more people of African descent in many more countries as we go through this.

“Global recognition of the challenges around racism are going to be all the more critical if there are large numbers of people of African descent in many countries.”

According to the research, falling fertility rates mean nearly every country could have shrinking populations by the end of the century.

About 23 nations  including Spain and Japan are expected to see their populations halve by 2100.

This also implies that countries would age dramatically, with as many people turning 80 as there are being born.

The fertility rate is dropping because women are getting better education and spending more time working coupled with greater access to contraceptives.

If the number falls below approximately 2.1, then the size of the population starts to fall.

In 1950, women were having an average of 4.7 children in their lifetime.

The research showed that the global fertility rate nearly halved to 2.4 in 2017  and their study, published in the Lancet, projects it will fall below 1.7 by 2100.

As a result, the researchers expect the number of people on the planet to peak at 9.7 billion around 2064, before falling down to 8.8 billion by the end of the century.

Japan’s population is projected to fall from a peak of 128 million in 2017 to less than 53 million by the end of the century. Similarly, Italy is expected to see an equally dramatic population crash from 61 million to 28 million over the same timeframe.

About 21 other countries including Spain, Portugal, Thailand and South Korea are expected to see their population drop by half.