The lawmakers also said parents should stop sending their children for hawking stating that it would go a long way in reducing the menace in their communities. 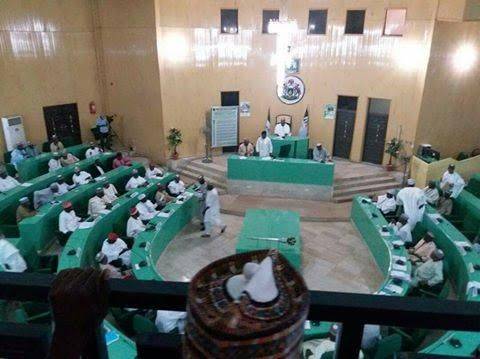 The Kano State House of Assembly has begun a process to review the State’s Penal Code amendment (No.12), law of 2014, to provide for castration as punishment for rapists in the state.

The House took the decision following a motion presented on Wednesday by a member representing Rano State Constituency, Nuraddeen Alhassan, seeking for the review of the law.

Plenary was presided over by the Speaker, Alhaji Abdulazeez Gafasa, and the Assembly men were unanimous in the decision.

Alhassan, who called for the review of the law to further reflect a harsher punishment for rapists in the state, said the present 14-year jail term was not enough as punishment.

“I am calling on the House to recall the law and amend it, to provide castration as punishment for rapists. I believe this is the only measure to be taken to end the rampant cases of rape in our society, as it is so worrisome.

“I also want to appeal to the House to look into the security issues, so as to strengthen their efforts in tackling the rape cases in the state,” he said.

The Speaker said if parents could stop sending their children for hawking, it would go a long way in reducing the menace in their communities.

Meanwhile, gender activists under the auspices of the Movement Against Rape and Sexual Violence visited the House of Representatives on Wednesday to seek action against rape and other sexual crimes.

Wife to the Governor of Kaduna State, Hajiya Aisha el-Rufai, led the team that visited the Speaker, Femi Gbajabiamila, at his office.

Gbajabiamila said rape and sexual violence had become worrisome in Nigeria. He stated that both the leaders and the people of Nigeria must rise against rape.

He said, “This is a fight not just for women; this is a fight for all. Let a subliminal message be sent that even though over 95 per cent of the victims are women; let it be that it is we, the men, that are championing your cause.

“The issue of rape should be treated the way coronavirus is treated. How do we treat a pandemic? There has to be a frontal onslaught. The media has a role to play. It should be in the frontline. There is a lot of work to be done from different angles. In a pandemic, you look for cure. No sane man would have sexual intercourse with a three-month old baby. The idea alone is sickening.”

Earlier, Hajiya El-Rufai drew the Speaker’s attention to the rising cases of rape in the country, saying it is becoming alarming and that urgent action needs to be taken.

Hajiya El-Rufai said she was at the House to seek help, ask questions, seek justice and challenge the status quo. She noted that statistics had shown that 717 reported rape cases and 7,170 unreported ones occurred in Nigeria within five months.