John Mitchener had been accused of 'economic sabotage, obtaining credit by false pretences, fraudulent trade practices and illegal repatriation of capital, intimidation and threat to life' by his Nigerian business partner. 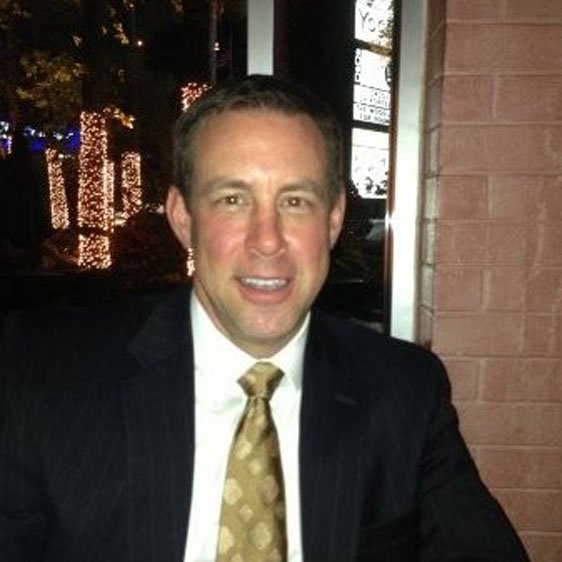 The International Criminal Police Organisation (Interpol) says it has established a case of fraudulent activities by an American corporate player in Nigeria.

John Mitchener had been accused of “economic sabotage, obtaining credit by false pretences, fraudulent trade practices and illegal repatriation of capital, intimidation and threat to life” by his Nigerian business partner.

After investigating, the Interpol national central bureau said it had established that the American was a “transnational fraudster” and asked that the case be handed over to the Nigerian police legal department for further action.

Ranger International Limited (RIL), a US company controlled by Mitchener, had in 2014 entered a partnership with the Nigerian Technixs Oilfield Support Limited, promoted by Abimbola Omotade, to incorporate a new business known as Ranger Subsea Nigeria Limited.

The company was set up to provide services and support for the offshore oil and gas industry.

In the shareholding agreement, Technixs was apportioned 51% while Ranger takes 49%.

Both entities agreed that modalities for the execution of contracts obtained or sourced for the new business must be discussed, especially the financial part of the contracts.

Without Technixs’ consent, jobs sourced from international oil companies such as Chevron and Exxon Mobil were allegedly carried out by Mitchener and proceeds of the projects were repatriated to the US without the board’s approval.

Ranger Subsea Nigeria Limited then suspiciously closed shop in Nigeria, leaving its partner and tens of vendors in debt of over N19 billion.

In another suspicious move, Mitchener returned to Nigeria with a new company, EPIC Companies LLC, to source other contracts.

‘THEY ARE TRANSNATIONAL FRAUDSTERS’

In its investigations, Intepol concluded that Ranger and Mitchener carried out fraudulent transactions around the business partnership it had with Technixs.

On September 27, 2018, he was arrested in Lagos after Interpol obtained a warrant from a magistrate court in the federal capital territory (FCT).

He was brought to Abuja the next day, and after making his statement, he was granted bail.

His passport was also registered with the police organisation to prevent him from leaving the country.

The Interpol, in its report signed by Garba Umar, its commissioner, said based on the development reached so far, “it suffices to state that this is an organised crime by the suspects who are clearly transnational fraudsters whose stock in trade is to cause untold hardship, pains and financial loss on unsuspecting victims as it is evidenced in this case under investigation.”

The police said the act of the suspects is contrary to the provisions of sections 1, 2 and 3 of the advance fee fraud and other related offences act, 2006.

It further recommended that the case file be forwarded to the legal department for appropriate direction on the matter.

‘HOW MITCHENER VIOLATED THE AGREEMENT WITH FRAUDULENT ACTIVITIES’

In a petition to the Economic and Financial Crimes Commission (EFCC) dated February 5, 2019, Technixs had accused Mitchener of forging a shareholders’ agreement purporting to have been executed by Omotade on his company’s behalf.

The company said Mitchener, with one Tosin Labeodan, had been brandishing the agreement “to humiliate, intimidate and frustrate our company to get to the bottom of John Mitchener’s illegal activities”.

Listing the various allegations of infractions, he said Mitchener, through his Americans collaborators, obtained a loan of $60 million from AKRIFA Holdings LLC in the US purportedly to fund general working capital requirements of Ranger without any approval of shareholders.

The petition read in part: “Immediately the loans were brought to Nigeria, John Mitchener repatriated the funds back to America to fund some of RIL international operations in Mexico and Caribbean Island.

“John Mitchener illegally created preference shares in favour of AKRIFA Holdings LLC and proceeded to fraudulently alter the incorporation documents of Ranger Subsea Nigeria Limited to reflect this position without board approval. This was coordinated in conjunction with Tosin Labeodan.

Reports and annual returns of the business were allegedly concocted by Mitchener as Omotade said they were not adopted as true representation of the financial dealings of Ranger Subsea Nigeria.

In a letter dated December 19, 2017, the defunct Skye Bank had written to Ranger asking the company to pay up the debt owed Fortune Global Shipping & Logistics Limited (FGSL), one of the vendors who provided services for the company.

The bank emphasised that Ranger needed to pay up to enable liquidation of FGSL’s obligations to the bank.

Despite letters from Ranger showing willingness to make the payment, the bank said the company was yet to meet the obligations.

“The continued outstanding of this indebtedness may lead to its classification by the CBN. Where this happens, Ranger may be blacklisted with the consequent placing a vendor restriction on the company,” the bank warned in a memo seen by TheCable.

Giving Ranger a 14-day ultimatum, the bank said it would recommend the company to the Central Bank of Nigeria (CBN) for stiffer sanctions which will impact negatively on the creditworthiness of Ranger as a counter-party for and loan transactions in Nigeria.

A month later, Ranger, in a letter dated January 22, 2018, wrote FGSL to acknowledge that it was owing.

“We hereby confirm and acknowledge our indebtedness to your company in the sum of NGN 355,762,702,87 (Three Hundred Fifty Five Million, Seven Hundred Sixty Two Thousand Seven Hundred Two Nigerian Naira and Eighty Seven Kobo only) and USD 1, 913, 621, 81 (One Million, Nine Hundred Thirteen Thousand, Six Hundred Twenty One and Eighty One Cents) being debt, as at January 22nd, 2018 for services performed for Ranger Sub-Sea Nigeria Limited in respect of Shell SPDC-FYIP, Chevron, ConOil and Support projects,” it said in the letter, also seen by TheCable.

Ranger then gave assurance that it would be committed to making the payment.

After waiting for another six months, FGSL, in a letter dated July 11, 2018, wrote Ranger, demanding that they are paid.

“All your promises including the weekly payment of $25,000 (Twenty-Five Thousand US Dollars) on account of old debts and immediate payment for current transactions were never kept,” FGSL wrote.

FGSL further gave Ranger another 21-day ultimatum to pay up.

Barely two months later, in a curious manner, Texas-based EPIC Companies LLC would announced in August, 2018 that it had acquired Ranger.

In a swift move, FGSL, in September, 2018, filed a suit at the superior court of judicature in the high court, commercial division, in Accra, Ghana, seeking an order for the arrest and detention of DLB SEA HORIZONI, a vessel belonging to Ranger which was within the jurisdiction of the court.

The suit with number CM/RPC/0641/2018 has Technixs, seen as one of the partners of Rangers, listed as the ninth of ten defendants. Ranger was listed as the sixth.

In its petition to the EFCC, Technixs who itself felt short-changed by Ranger, had said the liabilities and obligations to several vendors who are owed about N19 billion would put the company under pressure as some of the vendors are threatening to sue Technixs for complicity on the “fraudulent activities of John Mitchener”.

Epic and its directors are yet to respond to TheCable’s email seeking their reaction on the issue.