The mother of Princess who was tortured by a deaconess reveals how her daughter was rescued and how she wants justice served. 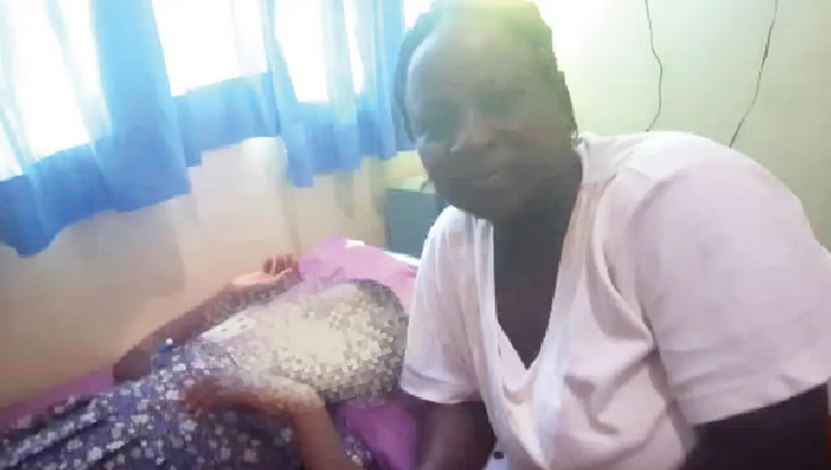 Princess and her mother

Sarah Michael, the mother of 14-year-old Princess, tells ALEXANDER OKERE how her daughter was rescued and how she wants justice served

What is your name and where are you from?

My name is Sarah Michael. I am from Kuturah in the Kajuru Local Government Area of Kaduna State. I am 35 years old.

I am a farmer.

How did you know Mrs Awolola?

I didn’t know her in person. It was my husband’s younger sister that knew her.

Do you know her as a deaconess?

I never knew she was a deaconess in a church.

Why did you give your daughter to her?

It was my husband’s younger sister that my daughter was given to. She was the one who gave Princess to the deaconess.

Did she (Mrs Awolola) willingly accept your daughter?

She accepted her willingly. She promised that she would send Princess to school and take care of her. Princess lived with her since 2019.

When did you become aware that your daughter was being maltreated by the woman?

I got to know about it in May, 2020. The woman called and told us that Princess was stealing food and other things. She called the father and he said he would like to speak to Princess to find out whether it was true that she was stealing. He, however, asked the woman whether she was feeding his child well because he knew his daughter would not steal if well-fed. When he spoke with Princess and scolded her, he asked her in Hausa whether it was true that she was stealing things. But Princess didn’t respond because the woman (Awolola) told her to have the conversation in English. But after some time, he said he would collect his daughter since her guardian complained that she was stealing things. She accepted but when they came to pick her, she denied them access.

Did she tell you why?

When we came, she told us there was coronavirus and she would not allow us access to her house until the pandemic was over.

How did you eventually rescue your daughter?

When we were not allowed access to her house, we went back to our relative who had demanded her return and explained what happened. He was angry and called the woman. He gave the woman six hours to return the child. While he was speaking, the woman questioned his authority. But when she heard how angry and serious the man was, she felt threatened and decided to report herself to the police.

Do you know what she told the police?

She told the police to help her beg us to leave our daughter with her for one month before returning her. She said the child was not with her, but in Abuja. The police came and explained to the man and pleaded on her behalf that the child would be returned after one month. But the man stood his ground. He explained to the police that the woman had been delaying the return of the child since May, 2020. The police left and told the woman that we insisted on having our daughter back in six hours. But we later gave her three days to return the child since she claimed the girl was in Abuja. It was on Wednesday, July 8, 2020, that she eventually returned the child.

What did you notice had changed about your daughter when she returned?

When I saw her, she had bruises and her mouth and face were swollen. We asked the woman why our daughter looked that way and she said she did something bad and had to be punished. But Princess’ uncle told us to take her inside the house and check her body properly to see whether the bruises were only on the face. His observation was because my daughter was well dressed, which he felt was suspicious.

When we went inside the house and checked, we started screaming and crying because of the severity of the injuries on her body and her private part. When I saw my daughter and the severity of the injuries, I felt very bad and wept. I regret sending my daughter to live with someone I don’t know. The first day we got to Mrs Awolola’s house, the first thing she asked us was whether we were born-again. She started praying for all of us that came to her house on that day. She also used anointing oil and ‘holy water’. We thought our child was in a safe place only for her to return my child in that condition.

What did the doctors say about her condition when she was taken to hospital?

When the child was taken to hospital, the doctors said the child had to have some stitches because of the stick that was inserted in the girl’s vagina. They said the child would be admitted for proper treatment. Mrs Awolola said it was the work of the devil and that she would take care of the bills.

What form of justice do you want for your daughter?

I stand with my daughter on the type of justice she wants. I am okay with whatever justice she deems right.