As a result of dollar scarcity, the Naira has crashed badly against the dollar at the exchange rate market. 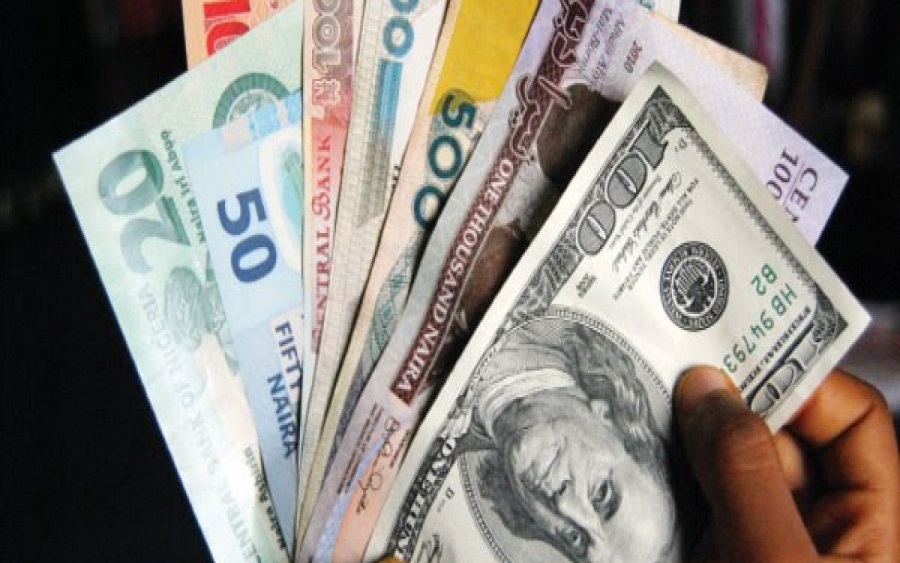 Naira and dollar
The naira has continued its crash against the dollar after exchanging at N472/$1 on Monday, July 20, 2020 at the parallel market.
However, on the officially recognized NAFEX market, the forex turnover increased by 4.5% while the exchange remained stable closing at N388.50/$1.
According to Nairametrics, at the black market where forex is traded unofficially, the Naira depreciated by N2 to a dollar to close at N472 to a dollar on Monday, according to information from Aboki FX a prominent FX tracking website. This is against the N470 to a dollar that it exchanged on Friday last week. An Independent check by Nairametrics research shows that the exchange rate sold as high as N473/$1 according to the FX tracker. Nairametrics collates parallel market exchange rates as far back as 2017.
The Naira remained stable against the dollar at the Investors and Exporters (I&E) window on Monday, closing at N388.50/$1, this was the same rate that was reported on Friday, July 17.  The opening indicative rate was N388.40 to a dollar on Monday. This represents a 33 kobo drop when compared to the N388.07 to a dollar that was recorded on Friday. The exchange rate disparity between the official NAFEX rate and back market rate widened on Monday and is now a whopping N84.
Top Stories