The man was seen calmly walking into the store and left with the massive s*x toy slung over his shoulder without paying. 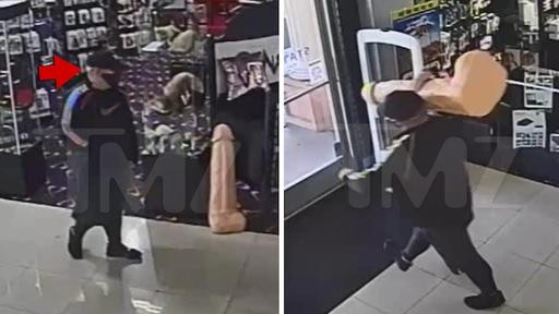 According to the police report, the guy whose ID was concealed by a face mask, flee with the sex toy in a white car, similar to a Dodge Caliber.

He “just picked it up and walked out with it,” Laura, a store employee who declined to give her last name, told HuffPost on Tuesday, July 21.

Laura said the stolen good is actually a sex toy named Moby and sells for $1,250.