A piece of incredible news has been told how twin brothers married twin sisters who gave birth to twin babies. 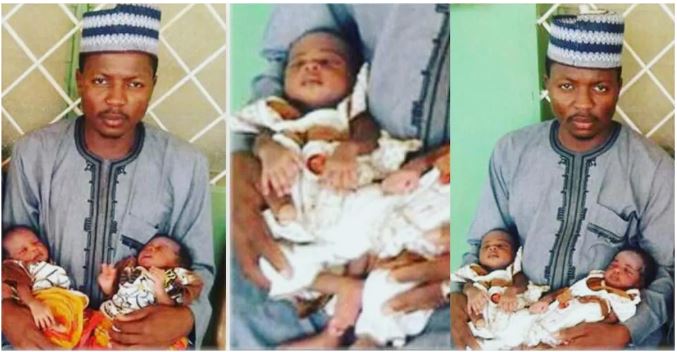 Sa’ad and Sa’eed Yusuf pose with their babies.
Two male twins from Nigeria who married to two female twins have now delivered sets of twins.
The twin brothers identified as Sa’ad and Sa’eed Yusuf have been seen in different photos posing with their babies.
Reports circulating online said they recently gave birth and that it was on the same day, but in a chat with the Cable Lifestyle, one of the fathers said it happened in 2015.
While Sa’ad’s wive gave birth to twin girls on June 15, that of Sa’eed delivered of the boys on June 17. 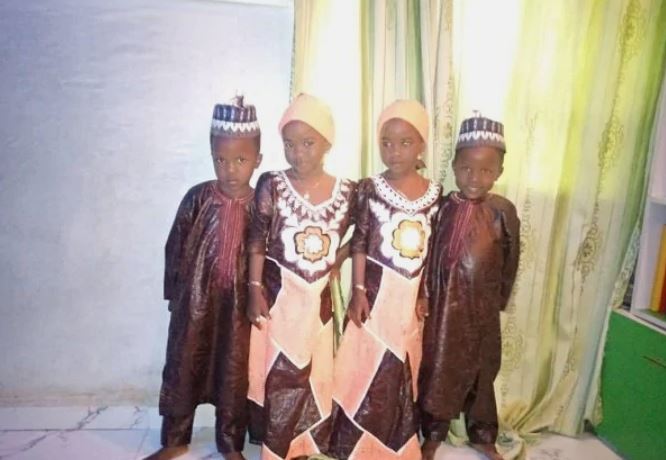 Both wives had to be delivered of their babies through caesarean section.
Sa'ad said: “I wonder why people change the format of a story without getting in touch with the persons involved. The thing is that we’re twins, and we gave birth to twins. We’re both also married to twins. Reports that they were all born on the same date is wrong.
“Even if we would have wished they were all born on the same day, we can’t change the destiny of such. We couldn’t do that one. Because all the mothers underwent cesarean section.
“There was a two-day space between the two twins. When people spoke of this on social media, they made it sound like it happened yesterday." 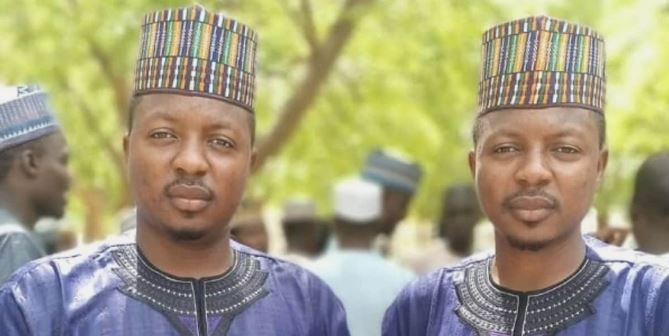