Godswill Akpabio has insisted that two chairmen of the committee probing the NDDC is aware of lawmakers benefitting from the commission's contracts. 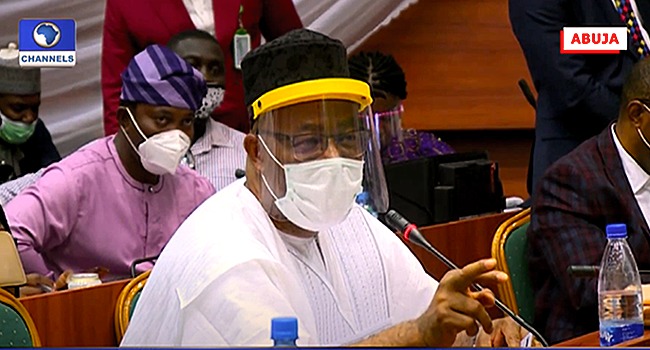 Godswill Akpabio
The Minister of Niger Delta Affairs, Sen. Godswill Akpabio, on Thursday made a u-turn by insisting that the two chairmen of the committee probing the Niger Delta Development Commission (NDDC), know the lawmakers who received most of the contracts given out by the commission.
This comes after House of Representative members vowed to sue him over the accusation.
According to Channels Television, this claim was embedded in a letter written by Akpabio, sent to the Green Chambers, and read on the floor by the Speaker, Mr. Femi Gbajabiamila.
Mr Akpabio also said he never referred to members of the 9th assembly as beneficiaries of the NDDC contracts.
The minister further stated that in the 2019 budget there are 19 old contracts amounting to 9 billion naira which the House of Reps chairman on NDDC insisted that the IMC must pay.
Senator Akpabio, however, stressed that he will not make the documents public.
After having the letter read on the floor of the House, the letter was handed to the committee on ethics and privileges for further examination.
Top Stories