Nigeria Air Force Explains Why Autopsy Was Not Conducted On Arotile


The Spokesperson of the Nigerian Air Force, Air Commodore Ibikunle Daramola spoke about this during his appearance on Channels Television. 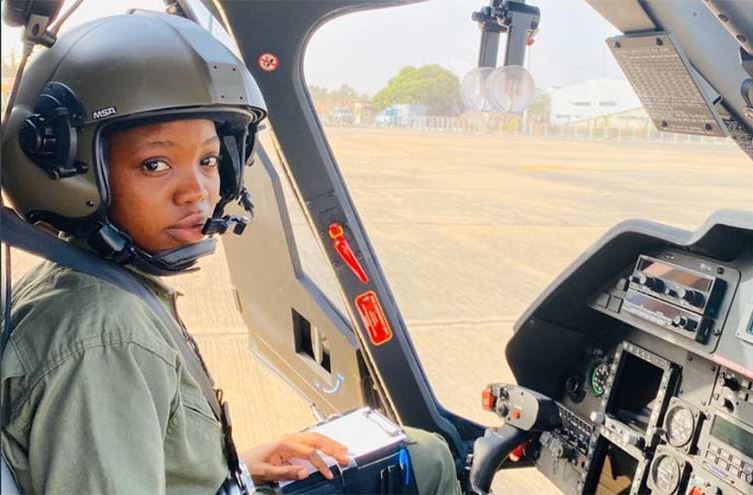 The Nigerian Air Force (NAF) said they did not conduct an autopsy following the death of Flying Officer, Tolupe Arotile because the family were satisfied with the agency’s investigations.

Tolulope, 25, who passed away on the 14th of July, 2020 following head injuries from an accident at the NAF Base in Kaduna, was buried on Thursday at the National Cemetery in Abuja.

During his appearance on Channels Television’s Sunrise Daily, the Spokesperson of the Nigerian Air Force, Air Commodore Ibikunle Daramola said the family of the deceased were satisfied with investigations carried out by NAF and did not request for any autopsy.

According to the NAF spokesperson, the cause of death for Nigeria’s first female combat helicopter pilot was already known and the father of the late officer equally wanted a closure of the matter.

“The circumstances surrounding it were read and could not have been scripted any other way other than what happened because it was freakish in nature. But the facts are the facts” the NAF spokesperson said.

“That (autopsy) would be initiated by the family but based on discussions with them and the fact that there were witnesses there, and the time that she was taken to the Nigerian Air Force Hospital in Kaduna, there were no doubts as to the cause of death which was head injuries as a result of trauma caused by the vehicle hitting her from the rear.”

He explained that “the father, Engineer Akintunde Arotile said he wanted closure on this matter and that he was comfortable with the Nigerian Air Force investigations which of course is also being transferred to the police because the police were involved from the outset.

“Autopsy was not done because it was not requested; the cause of death was already known based on the investigation and how she was taken to the hospital and the confirmation was made. There were no doubt in that regards and there was no request from the family for that specifically. ”