He talks about the investigation of the NDDC and what the parliament wants the President to do with the Interim Management Committee of the commission. 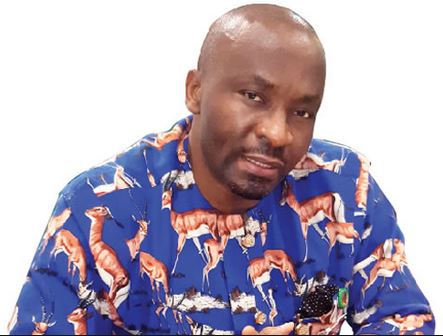 Chairman of the House Committee on Media and Public Affairs, Mr Benjamin Kalu, tells LEKE BAIYEWU about the investigation of the Niger Delta Development Commission and what the parliament wants the President, Major General Muhammadu Buhari (retd), to do with the Interim Management Committee of the commission

What inspired the House to investigate the NDDC?

Nothing inspired it except that there were accusations from the public, from the people from the region. Petitions were sent to the House, especially by civil society organisations, whistle-blowers who were on television from time to time cataloguing, showcasing all the wrongs in that agency. And based on that, the House, as the people’s parliament, wouldn’t have just sat down and ignored the outcry from the public. A motion was moved by a senior member of the National Assembly, the Deputy Leader of the House, Peter Akpatason. When the motion came, there was a resolution. The resolution was that the standing committee (on NDDC) should investigate whether or not all the contents of the motion which highlighted the problems in the region caused by the agency were true. That was the mandate.

We immediately started work from the secretariat by communicating to all the stakeholders that needed to answer one or two questions with regards to what transpired there. It was not only the NDDC that was summoned, the Bureau of Public Procurement, the Auditor-General of the Federation, the Accountant-General of the Federation, the Central Bank of Nigeria, contractors, as well as civil society organisations and other stakeholders were invited to tell their story. Moreover, sections 88 and 89 of the constitution say that we should not close our ears and eyes when an issue of inefficiency or corruption in government is raised. That we started the probe and held the investigative hearing does not automatically mean that all of them are guilty. If we believed that they were guilty, then there would be no need for the investigation. The essence of the investigation is not to cast aspersions on anybody; it is not to reduce the status of anybody but to make enquiries because the constitution says we should do that.

The probe started like a usual one by the House but it has now generated controversies that have caught the attention of the entire country. How do you feel about the discoveries by the committee?

Honestly, as I have always said, this is not a show business. If you allowed me, I would have preferred a private investigation of this until we get to the root of this. The way it is being celebrated, it is now looking like showbiz for the country…like a reality show. As for me, I’m not too happy with it. I don’t think I like that element of the entire thing. If you want to find out what is going on, it should be done quietly. But if the law allows us to do public hearing, so that it will not appear that somebody somewhere is trying to manipulate things, then we are mandated to do that. On our own, we would have liked to do a quiet hearing. But you see, it will generate another issue.

What is that issue?

That the National Assembly privately nailed one or two persons.  Nigerians would ask questions like; why didn’t they open it up for everyone to see? We did not want to fall prey to that kind of trap. That was what made the leadership of the House consider doing it publicly for everybody to see and participate and have the information on what transpired.

Is it good for the public?

Yes, it is good because public engagement in parliamentary practice helps to increase the confidence of the people in the parliament. And the confidence of the people is very fundamental in building the integrity of the National Assembly, which will make people to believe more in democracy. It also increases our accountability and transparency elements which the people are asking and yearning for, because they always said we operate in opacity and it will be good to be more transparent and accountable, to make people believe the more. To that effect, we have achieved something, that we made the public part of what we were doing.

But do the discoveries made by the committee worth the effort?

Definitely, it is worth the effort. Asking that question is like questioning the necessity of the hearing. I have always asked people, when you hear that a particular agency spends N1.3bn on community relations and you are from that community, will you not ask questions? When you hear that condolence visits took N122.9m from January to July, you must ask questions. When you hear that consultancy services took N83m in six months, that COVID-19 intervention took N3.14bn,that duty tour allowance took N486m in this COVID-19 era, that imprest took N790.9m, that Lassa fever took N1.956bn – almost N2bn when we are battling with COVID-19… When you hear that legal services within this period of COVID-19 took N900m, when you hear that maintenance took N220m and overseas trips took N85.6m, projects public communication – just to inform the public about projects – N1.1bn, security took N744m, staff-related payments took N8.8bn, stakeholders’ engagement took N248m, and the total amount is N81.5bn, nothing will stop the National Assembly from considering that as a serious issue to invest its time and find out whether it is true or not.

Like we have always said, it is an allegation. It is only in the course of the investigation that you will discover whether it is true or not. If you don’t do the findings, how will you know if it is true or not? That is what we are doing. The issues raised a call for the need to dig deep. The investigation is worth it. All I can say is that there is no corroboration in the presentations of the agencies and the NDDC and IMC and the ministry. There is no corroboration. There are lot of discoveries that have shown that certain things were not done properly. For now, the dots are not really connecting and we are still enquiring to know why. That is why if there is the need to invite any of them again, we will invite them.

On Monday, the probe shifted from which money is missing to who got what contracts from the NDDC. The Speaker, Femi Gbajabiamila, however, dismissed the allegation by the Minister of Niger Delta Affairs, Senator Godswill Akpabio, as a diversionary tactic. Are you saying nobody in the National Assembly has been awarded a contract by the NDDC?

Are you saying the percentage is lower?

To ask me whether I’m saying that no member of the House has taken contracts from the NDDC is to ask me to be a magician. There is no way for me to find out. The only way for me to find out is through this investigation. And luckily enough, the fair hearing element of the National Assembly has been extended to this honourable minister.

We didn’t have enough time but the public felt that he was not allowed to express what he actually wanted to say. When the chairman said ‘it’s okay, it’s okay,’ it was misunderstood as saying ‘keep quiet, don’t tell the story; keep quiet, don’t reveal; keep quiet, don’t expose.’ Now, the Speaker has said it is time for you to walk the talk and put your money where your mouth is. Since under oath you said 60 per cent of the projects were for National Assembly members, publish the names of the projects, companies hired for the projects, and unveil the corporate veil of those companies; let us know the names of those people. That way, we will be able to know if they are members of this National Assembly or not. I think it is a step in the right direction because it will clear the suspicion in the public and clear the doubts in the mind of so many members who are now suspecting each other. ‘Are you sure you didn’t get contracts?’ ‘Did you get contracts or did you not get contracts?’ That publication will clear some of these issues.

The President, Major General Muhammadu Buhari (retd), nominated a board for the NDDC and the Senate confirmed the appointments but the IMC nominated by Akpabio is now in charge. Do you think the President might have been misled on the management of the commission?

Whoever occupies whatever position in the executive is a prerogative of the President, it is not our call. The National Assembly, through the Senate, has the mandate of the constitution to clear those persons. It is only at that level that the National Assembly is allowed to participate in the appointment of persons that head agencies or ministries.

Whether or not it is the right step is dependent on the outcome of the objectives and achievements, and the realisation of the mandates given by Mr President. If what we are getting out of the IMC is what the President expected, then he should keep them. But if the objectives he has set for the agency are not being achieved, then I think it is better to do something about it. If the mandate that says within six months, set up forensic auditing and get it cleared, and six months after it is not done, and it is about the tenth month, it is for you to know, through your appraisal mechanism, whether they have achieved the purpose or not.

If I am an employer of labour and I give you a target and terms of reference, and you are not achieving it in six months, even 10 months, I should know what to do. But we are not going to enter into the arena that belongs only to the President. It is exclusively for the President. We will apply the principle of separation of powers to respect the boundary and limitation of our own powers. Once we pass the ball into his court, it is for him to either score a goal with it or to leave it static. Once we have finished our investigation and made our recommendations, the ball will then be passed into his court. He will now decide whether to kick the ball or keep the ball. Once we pass the ball to Mr President, it is his prerogative to either kick the ball or keep it. Whatever he decides must be in the interest of the provisions of the constitution on the welfare of the people and the protection of lives and property. That will be his call to make. But then, Nigerians will not hold us responsible for not doing our job.