A hardworking Nigerian girl has earned a scholarship after a video of her repairing forklift surfaced online. 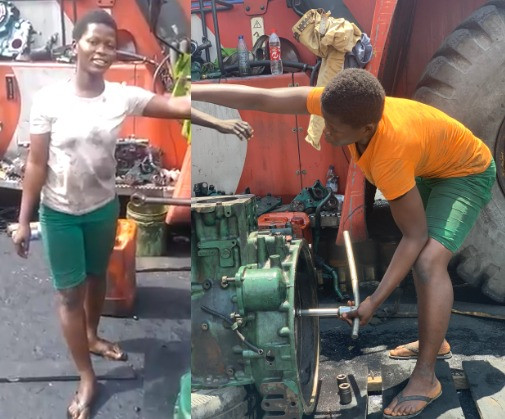 Popoola Kehinde Esther
A teenage girl, Popoola Kehinde Esther, 17 has made her family and country proud with her talent which she uses to earn a living while schooling.
She has been praised online after a Nigerian with the Twitter handle, @ThepreciousAda, posted the young girl's video online repairing heavy equipment, forklift for a living.
According to @ThepreciousAda, the teenager hopes to study engineering to add to her mechanical expertise.
The Twitter user's dad had asked her to post the girl’s video so that her helpers could locate her and make her dream a reality. In the clip, the SS2 student said that she has a strong passion for the work she is doing.
Esther who is from Kwara state works at the Classic Bonded Terminal, Okota under her boss who was identified as Adebayo Maruf. 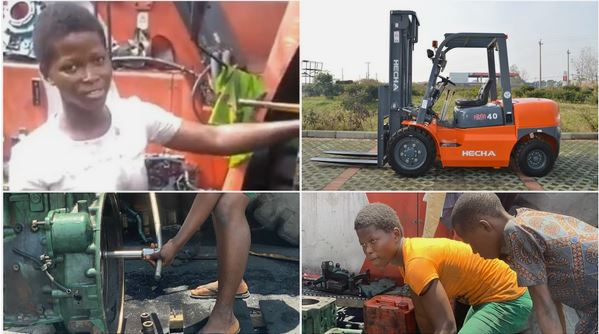 The good Samaritan who made her known on social media said she has decided to set up gofundme account and let people know when it is done.
She shared the video last Friday, July 24.
''My dad saw this talented girl at work today repairing a forklift at 17 years old, she wants to study engineering and grow her expertise. He asked me to post this video so she could get some sort of assistance or guidance'' the Twitter wrote.
The teenage girl has now been offered a scholarship by the Minister of Youths and Sports, Sunday Dare, after a video of her repairing a forklift went viral. 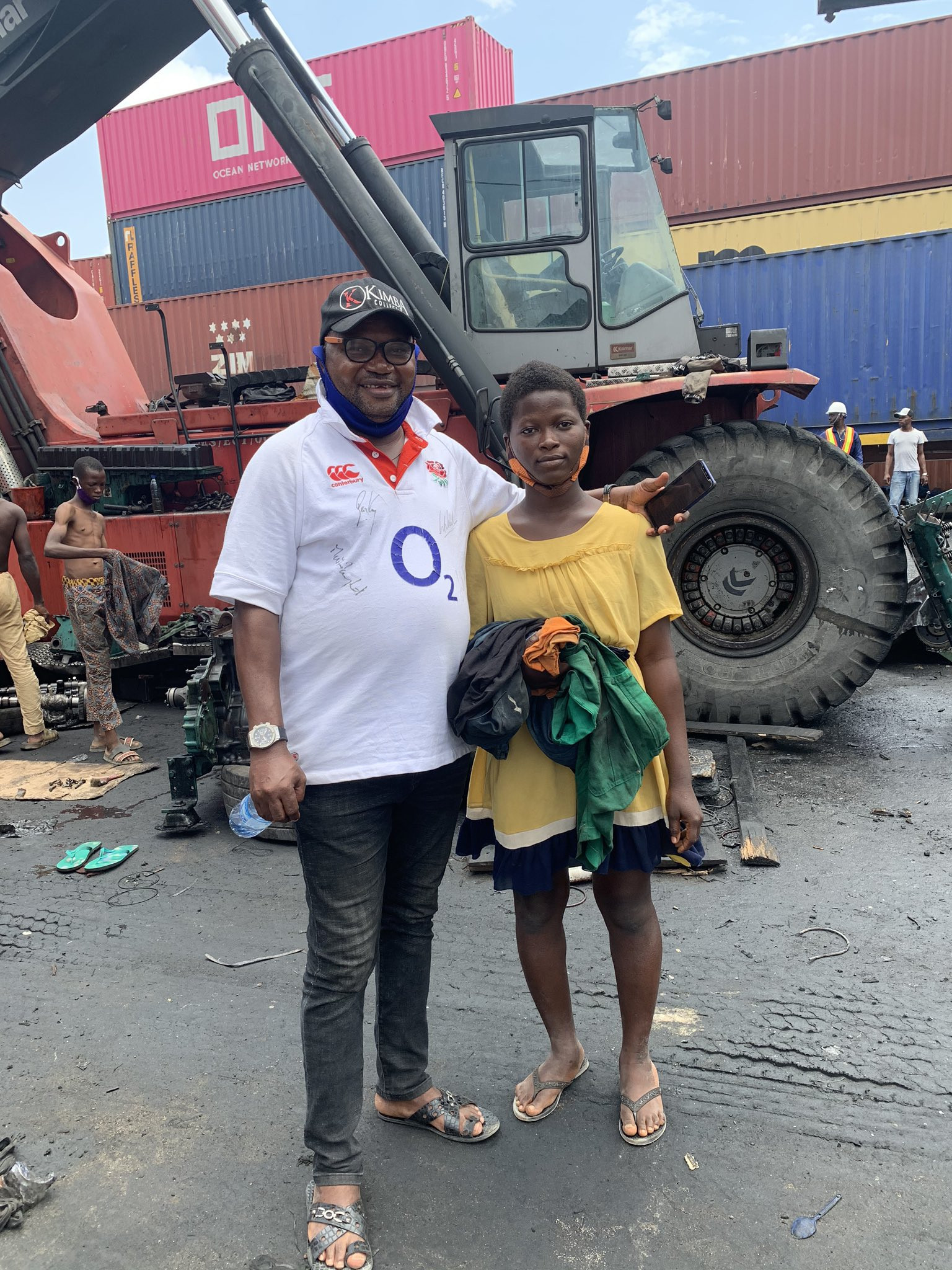 The Minister took to his Twitter handle to offer her a scholarship. 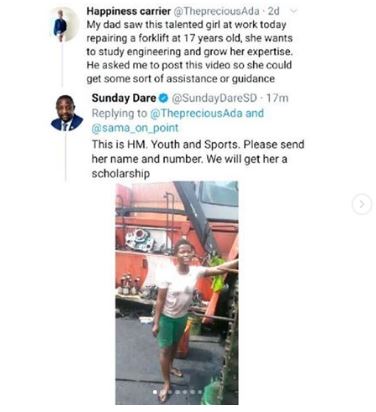 ''This is HM. Youth and Sports. Please send her name and number. We will get her a scholarship''  the Minister tweeted.

My dad saw this talented girl at work today repairing a forklift at 17 years old, she wants to study engineering and grow her expertise. He asked me to post this video so she could get some sort of assistance or guidance pic.twitter.com/TmNcVq4yfe