"I Only Advise Buhari, I Do Not Dictate To Him" - Mamman Daura


President Muhammadu Buhari’s older nephew, Mamman Daura says he only advises and not dictate to the president. 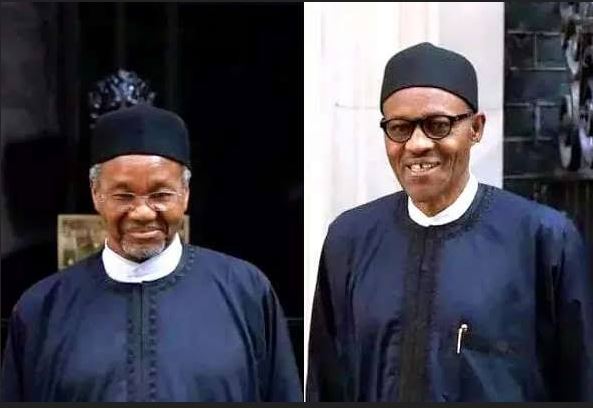 One of the close aides and nephew of President Buhari, Mamman Daura, has denied claims saying he dictates to the President on how to oversee the affairs of the country.

Since President Buhari assumed office in 2015, there have been reports that Daura is a strong member of the alleged cabal that controls the Buhari-led administration and dictates to the President.

However, in an interview with BBC Hausa today Tuesday, July 28, Daura said he only advises President Buhari but does not impose his thoughts on the President

When asked about his relationship with President Buhari, he said the President is his uncle.

”My father was their mother’s firstborn. Buhari is the last born,” he said.

When reminded that people had said he and Buhari grew up together and had always been together, he said ” yes,it’s true.” he responded

Responding to a question inquiring on whether he has been meeting President Buhari to give him advice on different issues concerning Nigeria, Mamman responded

“Yes, I do visit him to greet him. I do give him advice, but if he ask,I advise him. But I don’t go there on my own and insist I must do this or that. No. You don’t do that to the government.”

Commenting on the clamor for power rotation, he said it is high time the country unite and go for the most competent.