Fokin, who wears all black and carries a mountain backpack, is seen dragging a blue and white trolley bag out of a lift. 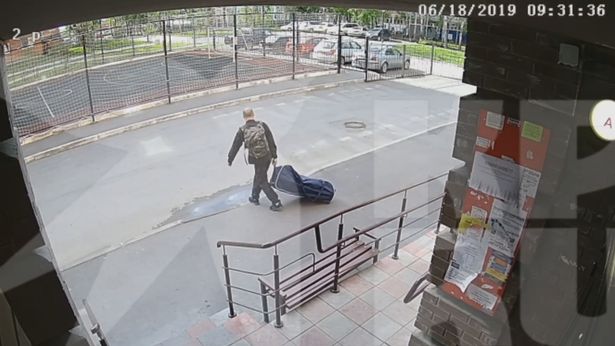 Fokin dragged her out of the building into the car park and drove her off to a forest (Image: CEN)

This is the chilling moment a husband kidnapped his ex-wife at knifepoint and placed her in a suitcase before dragging her to a forest for a "date".

Fokin, who wears all black and carries a mountain backpack, is seen dragging a blue and white trolley bag out of a lift.

As he walks out of the building, he cautiously swirls it around the door and down to the accessible slope.

He carefully takes the bag to the carpark before driving off to a remote forest.

The incident happened last year and, bizarrely, Fokin gave Elena a bouquet of flowers when he reached the forest as if it were a "romantic date".

Police found the athlete unharmed after she was reported missing and arrested Fokin, despite his reported attempts to evade capture.

In an interview with national newspaper Komsomolskaya Pravda, sportswoman Elena said the incident left her scarred for life.

She said that Fokin came into her apartment, where she was with a friend called Maxim, and started threatening her with a knife. 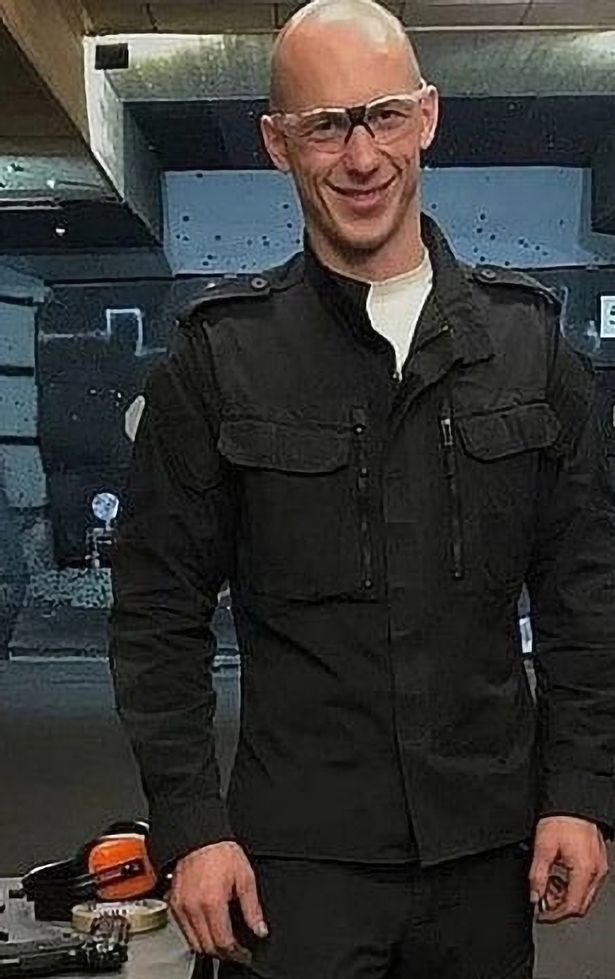 "I was very scared at that moment because about a month before he had got mad and told me 'I’ll kill you, slowly'," she explained.

"That’s why I decided to not fight back. He tied up both Maxim and I by our hands and taped our mouths with tape.

"I was trying to chew the tape to release myself but understood that there was no way I could escape. I thought it was the end."

Fokin put the bag into Maxim's car, whose keys he had taken from the apartment.

The former special forces officer took Elena to a riverbank where a rubber dingy he had previously left there was waiting.

Elena said: “I did not interfere as he was evil and could use the knife. He brought me to a place in the forest and presented me with flowers like it was a romantic date."

Fokin was found guilty of kidnapping by the Zaeltsovsky District Court and sentenced to four-and-a-half years in a maximum-security prison.

But Elena fears she could be in danger when he is released.

"He always tried to limit me, in all terms," she adds. "He was very jealous, that's why, despite having two boys with him, I decided to separate from him."