The sight of a giant python is enough to send fear into anyone and have them running for dear life but Chalwa shares her home with six and seems perfectly safe with them. 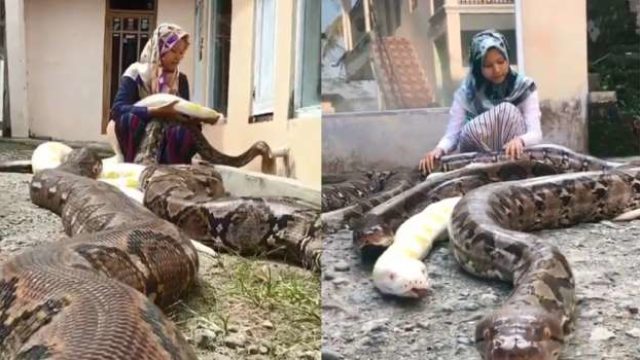 Dogs, cats, birds and the likes are the common animals you would most likely find people around you keeping as a pet but a 14-year-old Indonesian girl has six giant pythons that she loves to pet and cuddle with in her videos.

The girl Chalwa Ismah Kamal has been getting a lot of attention for her unusual love for the snakes.

The sight of a giant python is enough to send fear into anyone and have them running for dear life but Chalwa shares her home with six and seems perfectly safe with them.

The teenager from Purworejo, Central Java, can be seen playing, bathing and cuddling with the giant reptiles in photos and videos that have been shared on social media. 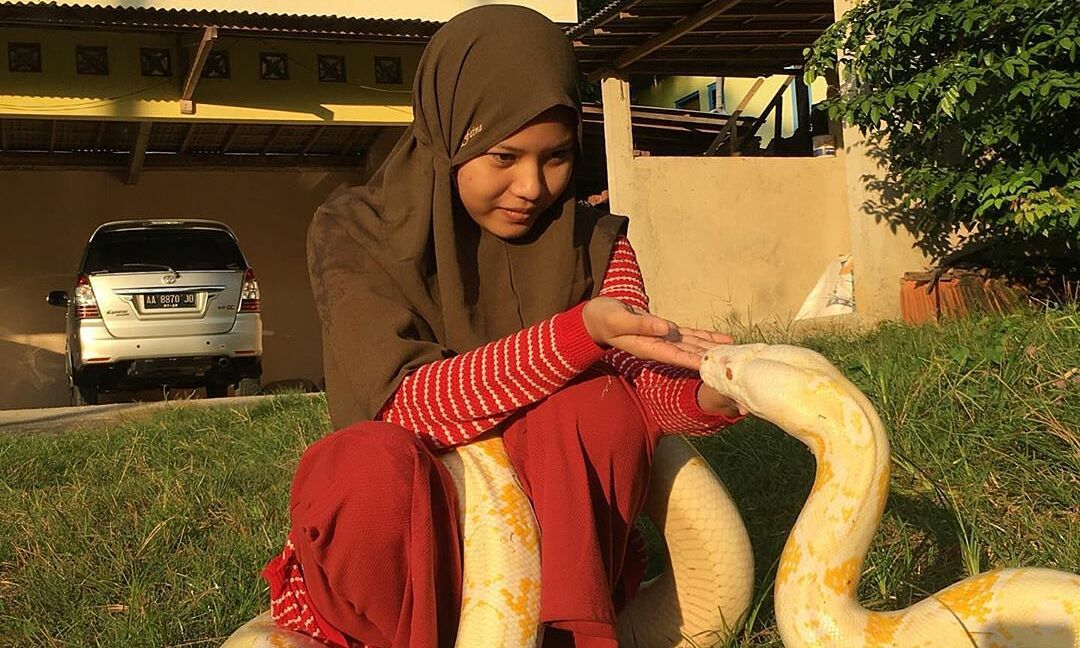 She is not the only one who is comfortable around the snakes as her younger brother appears in some of the viral videos as well.

Her videos and photos get thousands of safety concern questions and she tries her best to explain that her pets are not poisonous, that they are tame, and that snakes, in general, are victims of negative stereotypes.

Not much is known about Chalwa and how she came to live with the six pythons, but she allegedly told the Indonesian website Lampung77 that she has been taking care of her pet snakes since she was only 4 and feels no fear whatsoever when she is around them.

Chalwa only started uploading snake videos to Instagram late last month, but judging by the response she has been getting in such a short amount of time, she’ll probably be doing it for a long time.