Oh No! Man Dies Mysteriously Inside Hotel Room In Lagos


A hotel has been shut in Lagos following the mysterious death of a customer who booked a room there. 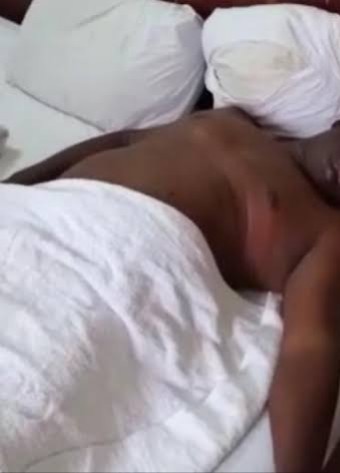 File photo
The Lagos State Police Command has shut down a hotel in Ipaja following the mysterious death of a guest identified as Emmanuel Ayuk, according to The Nation.
It was gathered according to the report that Ayuk’s dead and unclad body was said to have been discovered on July 26, days after he checked into the hotel.
The police temporarily shut the hotel for investigation because contact details of the deceased, his personal belongings and any other means of identifying were not found.
Sources said the hotel failed to provide records of Ayuk’s check-in details, an indication it might be hiding something.
It was learnt that the Divisional Police Officer (DPO) Ipaja, Tokunbo Aboniwonda, a Chief Superintendent (CSP), led homicide detectives to the scene when they received the information and arrested the hotel’s manager.
“The manager was transferred to State Criminal Investigation Department (SCID) Panti, Yaba for further investigation. The hotel’s room service claimed they discovered the body days after the cleaned his room,” said a source.
He said the police suspected foul play because there was no phone in the room to contact any member of Ayuk’s family, neither was any phone nor bag containing his personal belongings found.
Contacted, spokesman Bala Elkana promised to revert but was yet to at the time the report was filed.
Top Stories