Following her eviction, BBNaija ex-housemate, Lilo has revealed the situation of her relationship with boyfriend. 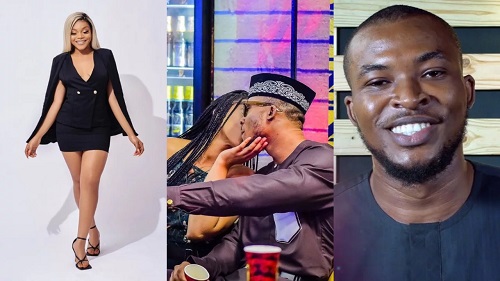 Lilo and Eric
Evicted Big Brother Naija lockdown housemate, Lilo has finally broken her silence on her relationship status after televised makeout with fellow housemate, Eric.
Recall that the two were entangled even though Lilo had a boyfriend outside the house.
During one of her media rounds, she graced and interview with cool FM and OAP Dotun asked about the romantic moment Lilo shared with Eric in the house despite having a boyfriend outside and she admitted that her actions hurt his feelings 100 percent.
She admitted hurting her boyfriend.
She added that she started out as friends with Eric but something led to another and they eventually made out and it was something that happened over and over again.
She said she has no regrets but she wishes she didn’t put her emotions over it.
When asked how she was managing the current reality of things with her boyfriend, she simply said ”COMPLICATED”
Watch full interview with Lilo and Ka3na:
Top Stories