A woman from Kwara state whose husband abandoned because she gave birth to children with blue eyes has broken her silence. 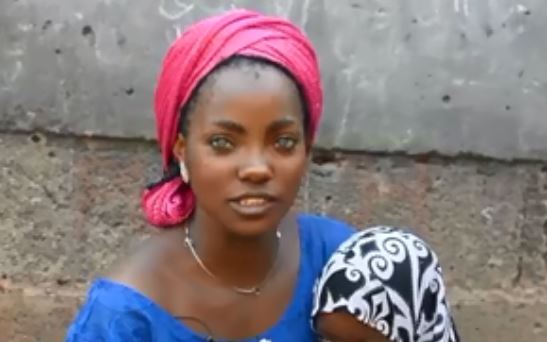 Risikat
Risikat, the woman from Ilorin whose husband ran away from home because she gave birth to girls with blue eyes has finally spoken.
She revealed that she was born with blue eyes and is not ashamed of passing it to her children.
She also added that since she was born, she has not had any problem or visited the hospital complaining of eye problem.
Recall that one Ilorin woman's story went viral after Alabi Rukayat Oyindamola shared the girl's story on Facebook.
She explained that she met the girl's family when she travelled to Ilorin for the Eid break. She further claimed that the father rejected the girl and her late sister because of their blue eyes.
Sharing photos of the girl, she wrote: "Hello! I traveled to ilorin this Eid period and I saw this small girl she lives around my house(ilorin). Her name is Kaosara she is 8years of age, she is an indigen, she also has a junior sister Hassanat (kehinde). her taiwo is late due to lack of proper care and and rejection from the father because she has special qualities(her blue eyes). Her mother's name is Risiqot."
Watch video below:
Top Stories