A man took to Twitter to reveal his encounter with a ghost after he spent the night at his colleagues. 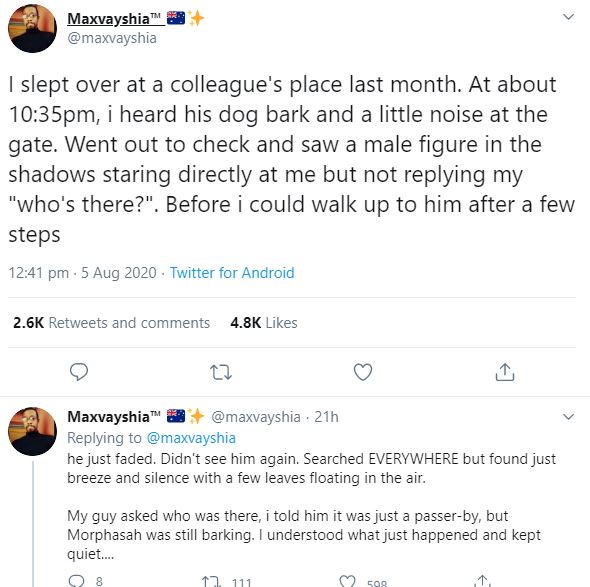 A medical doctor identified as @Maxvayshia on Twitter has started a conversation about ghosts after he shared his alleged encounter with one.

He explained that he slept over at a colleague's house last month and at about 10:35pm, he heard the colleague's dog bark and there was also noise at the gate.

The doctor said he went outside then and saw a male figure standing in the shadows.

He claimed that the figure "just faded" when he tried to walk towards it.

After he shared his story, others began sharing their encounters with ghosts too, but some doubted the stories and said there must be a rational explanation for it.

Read The Stories Below; 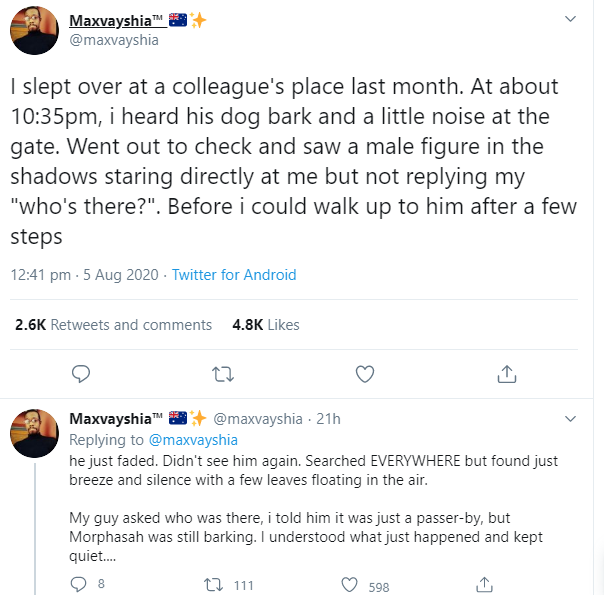 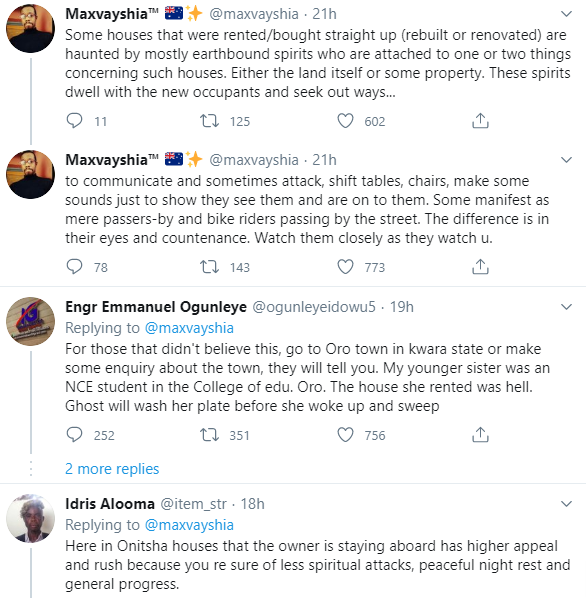 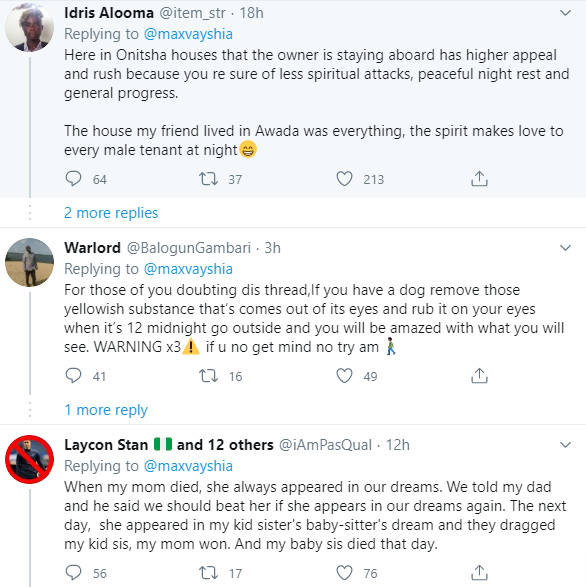 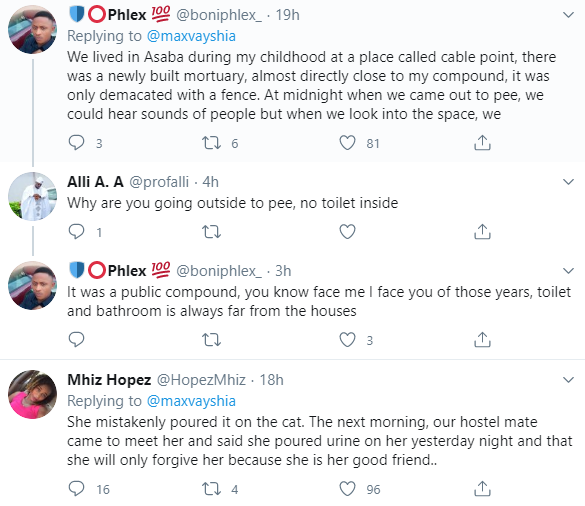